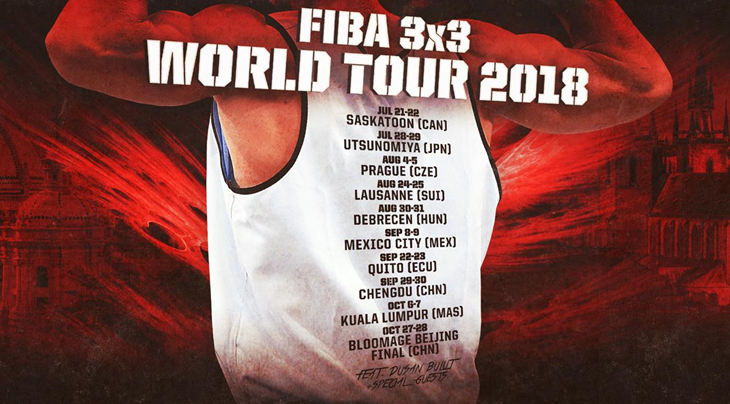 Launched in 2012, the annual World Tour is the flagship competition of 3x3 basketball. It sees teams representing cities from around the world qualify for 9 Masters and a Final through a worldwide network of qualifying tournaments and via the FIBA 3x3 Team Ranking.

The competition makes its maiden appearance in India and Kuala Lumpur, Malaysia.

As well as the number of events reaching an all-time high, overall prize money will top 1 million USD for the first time ever.

"This is a crucial milestone for us," Sanchez added. "We want to give our current and future stars the financial means to dedicate themselves to the game and bring it to an even more spectacular level."

The top 12 teams in the World Tour standings after the last Masters - including the winners of each stage - qualify for the FIBA 3x3 World Tour Bloomage Beijing Final.

Zemun Master (SRB) won the last edition of the World Tour on an unbelievable buzzer-beater in Beijing China, on October 28-29, 2017.