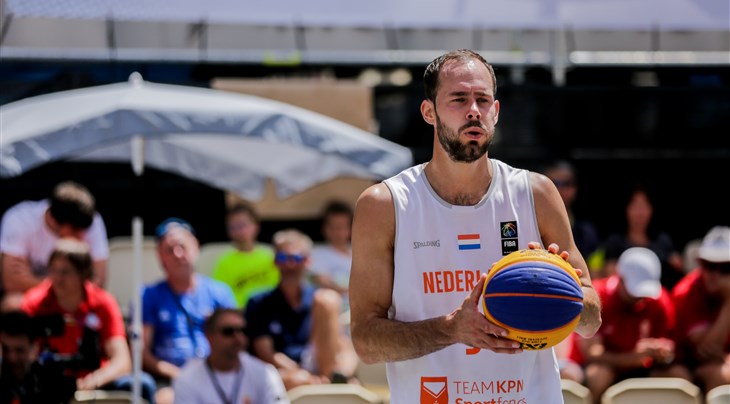 While there weren't too many notable upsets in the women's category, 3 men's teams who competed at the FIBA 3x3 Europe Cup last year in Amsterdam will not come back for the 2018 edition. This list shockingly includes the Netherlands (who won silver at the World Cup not just last year but also just 2 weeks ago), Ukraine (who won bronze at the Europe Cup last year) and Czech Republic.

The Netherlands opened the tournament with a win over Hungary but then lost 2 nail-biters back-to-back against Ukraine and Switzerland and finished last in their pool.

Ukraine also went out after ending 3rd in the same pool. Despite Stanislav Timofeyenko leading all scorers on average, the team lost to both Hungary and Switzerland.

Czech Republic finished 2nd in the other pool but then struck out on their 2 chances to qualify in the semi-finals against Hungary and the third-place game versus Switzerland.