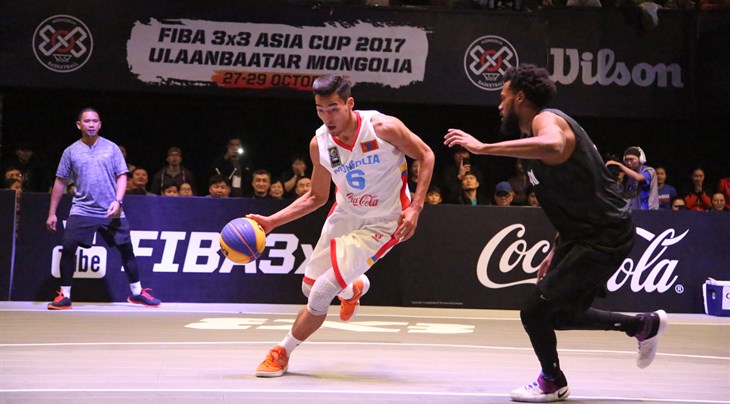 The Ulaanbaatar native led his team to their first 3x3 title and first FIBA title, period. He also won MVP honors and special acknowledgment for best hair in the tournament. Looking at those monster blocks he had last year, odds are Enkhbat will make some more cameo appearances in the Top 5s again.

At just 22, Rivaldo has the CV of a veteran. He represented Indonesia at all levels from the Youth Olympic Games to the FIBA 3x3 World Cup. He brings speed and a silky smooth jump shot. Only thing left for him to do is bring a medal home.

Steel made his 3x3 debut at the 3x3 Asia Cup 2017 where Team Australia won a bronze medal. Since then, he's risen to the top of his nation's ranking. In addition to his success with the Green and Gold, the Melbourne native and his 3x3 pro team, iAthletic, have won three of Australia’s inaugural NBL 3x3 Hustle stops.

With his crafty post moves and his pretty lefty stroke, the man known as 'The Worm' (a Dennis Rodman reference) has become a household name on the 3x3 circuit. Unfortunately, he's never found success with the Japanese national team. A new beginning in Shenzhen as preview of the Tokyo 2020 Olympics?

Can a basketball star make a seamless transition to 3x3? The sharpshooting Jamshidi was named on the All-Star Five last year at the FIBA Asia Cup as he led Iran to a silver medal. With long-range daggers being so valuable in 3x3, you should keep an eye on Iran in Shenzhen.