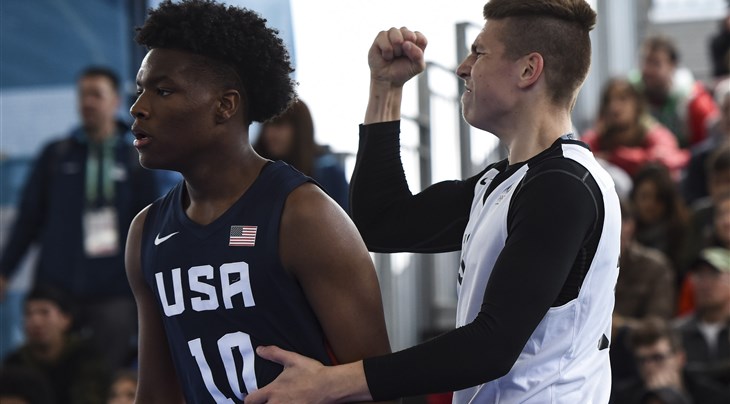 3x3 keeps proving that anything can happen on the court as Estonia defeated a star-studded American team (21-14) and ended their chances to qualify for the quarter finals.

But beating USA wasn't enough either for Estonia to make it to the next round as the team lost a thriller in overtime to Russia on a Nikita Remizov 2-pointer. Russia and Argentina are the 2 teams who made it out of an impossible Pool C. Estonia, USA and Mongolia were eliminated with FIBA President Horacio Muratore, FIBA Secretary General and IOC Member Patrick Baumann, FIBA Vice President Hamane Niang and DBB President and FIBA Treasurer Ingo Weiss in attendance in the Buenos Aires Urban Park.

FIBA 3x3 U18 Europe Cup 2017 MVP Orsolya Toth led the Hungarian squad to the quarter-finals after defeating both Germany and Romania. The social media sensation had another MVP performance with 16 points in 2 games. China, who defeated Romania and Iran, joined the Hungarians in the quarter-finals. Germany, Romania and Iran were knocked out of the competition in women's Pool A.