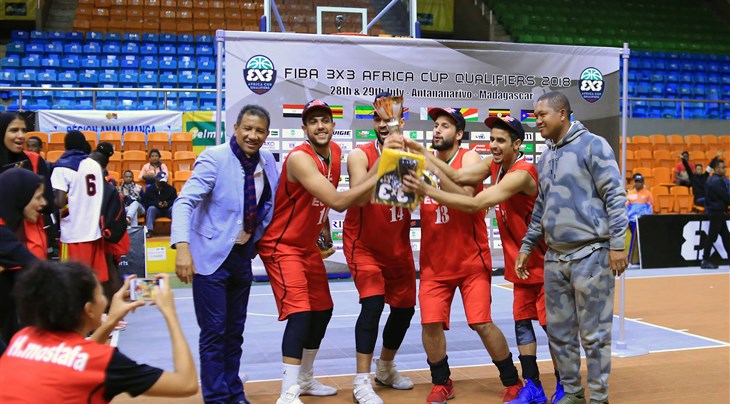 Egypt, who were favourites from the onset after lining up the experienced Ahmed El Sabbagh, registered an enviable 4-1 win record to top the men's category.

A 22-13 opening win over Democratic Republic of Congo followed by a close 17-15 victory over Uganda ensured they were in pole position early enough.

The North Africans then defeated Tanzania 21-8 before seeing off Seychelles 22-12. They however fell to hosts Madagascar 21-20 in a very highly contested game that brought out the best in both sides and gave the home crowd a memorable last game. In the women's category, Egypt fazed off an opening 9-8 loss to hosts Madagascar and 17-15 to Democratic Republic of Congo to garnering a 21-14 win over Uganda in the last round-robin pool tie.

The North Africans then came out of the blocks in high gear defeating Madagascar 22-9 in the Semi-Finals before avenging their loss to the Congolese winning 21-14 in a very colourful final.

A second Africa Cup Qualifier is scheduled for August 16-17 in Cotonou, Benin to determine the other countries that will play at the continental showpiece.

As host nation, Togo have already qualified in both categories.

Nigeria and Mali walked away with gold in the men and women's category at the inaugural edition of the FIBA 3x3 Africa Cup at the same venue last year.