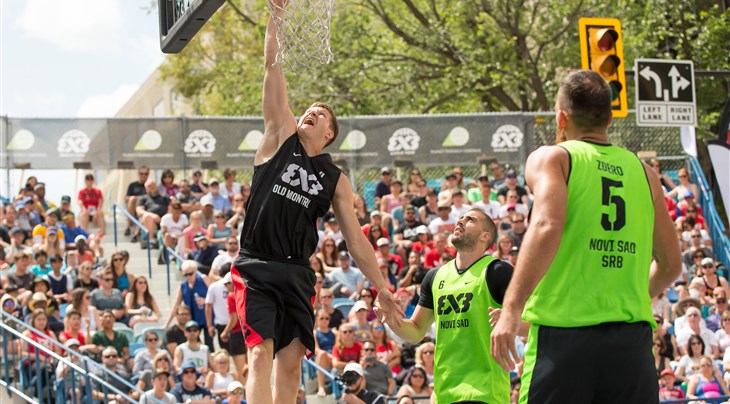 EDMONTON (3x3 Challenger)- Five Canadian teams will compete in the final Challenger of the professional season in Edmonton, Canada on September 22-23 2018.

But let's not forget the four other Canadian teams participating: Winnipeg AP, Edmonton, Old Montreal and Calgary. Winnipeg AP, who had a surprising semi-final finish at the World Tour Saskatoon, will be vying for their 2nd appearance on the FIBA 3x3 World Tour. They will compete in Pool B with Quebradillas (PUR) and Ljubljana (SLO).

Let's not forget the Americans! Disco Domo Jones, who was recently named the Most Spectacular Player of the Mexico City Masters by fans, will also be playing for his 2nd WT appearance. NY Harlem 3Ball had a disappointing exit from the Mexico City Masters which they will no doubt look to avenge at the Edmonton Challenger. Chicago 3Ball, Minnesota 3Ball, and Olympia are the other Americans to compete.

Jumping from across the Atlantic, WT Mexico City winners Ljubljana, Amsterdam Inoxdeals, and Ralja Intergaltic will look to earn another spot to a World Tour Masters and qualification to the Bloomage Beijing Final.

Overall, there are 7 different countries represented at the Challenger.

Teams will compete for 20,000 USD and two tickets to the FIBA 3x3 Penang Masters 2018 on October 13-14. None of the teams have qualified to World Tour Penang so the top 2 finishers will move on.