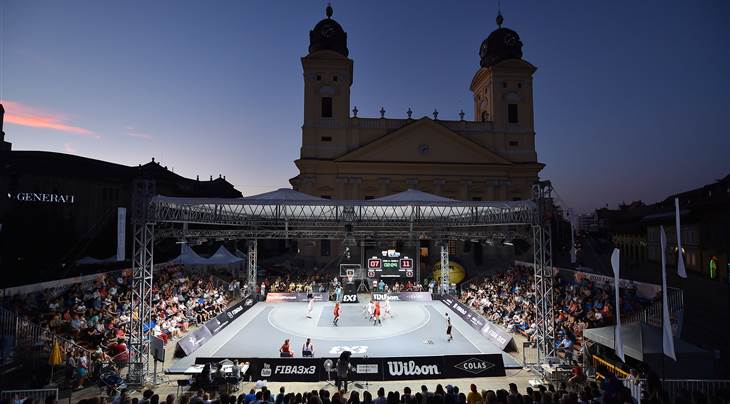 The second largest city in Hungary will play host to the event for the third consecutive time after successful editions in 2016 and 2017.

Kossuth Square's Reformed Great Church will continue to be one of the most iconic backdrops of the 3x3 season.

Eleven men's and 11 women's teams will earn their ticket via 3 qualifiers - which will be announced at a later stage - to join the Hungarian hosts.

Hungary's women and Belgium's men are the reigning champions.