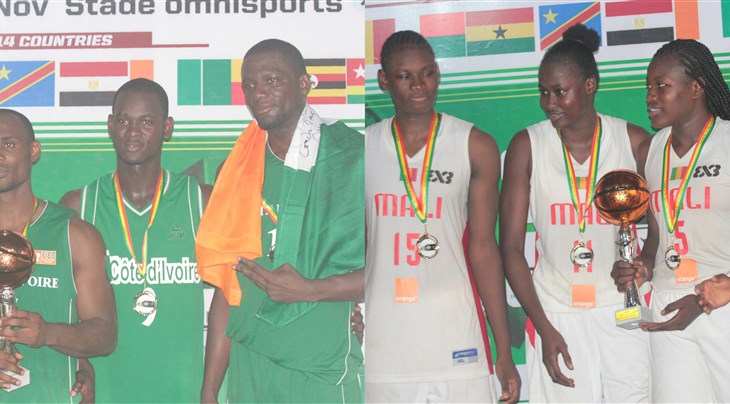 2017 runner-ups Cote d'Ivoire dominated the men's competition with a perfect 5-0 record, including a one-sided 14-6 affair in the final against Uganda. Their go-to-guy Cheick Traore had already made the Team of the Tournament last year. He was named MVP of the competition this season.

In the women's category, Mali went back to back after defeating the Democratic Republic of Congo in the final (19-13). At just 21 years of age, their top scorer Djeneba Ndiaye (Mali) was named MVP of the tournament.

She was joined in the team of the tournament by Ginette Mfutila (Democratic Republic of Congo) and Elise Afetse, who led hosts Togo to the bronze medal.