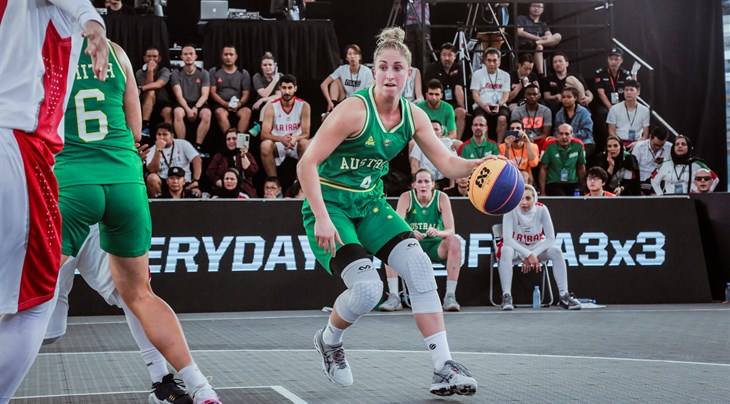 Cole scored 17 points in 2 games on Monday. The 26-year-old started things off with a double-digit outing against Japan and added 7 points against Iran as Australia continued their perfect run on their way to the quarter-finals of the 3x3 Asia Cup.

In the men's category, Min Seob Kim finished the day with 16 points, leading South Korea to the quarter-finals of the competition. The 30-year-old scored 8 in both games, in the defeat against China and their win -or-go-home success over Iran. Tanguy Ngombo (Qatar) is first overall after he tallied 18 points yesterday. Min Seob Kim is tied at second with Amin Abuhawwass (Jordan).