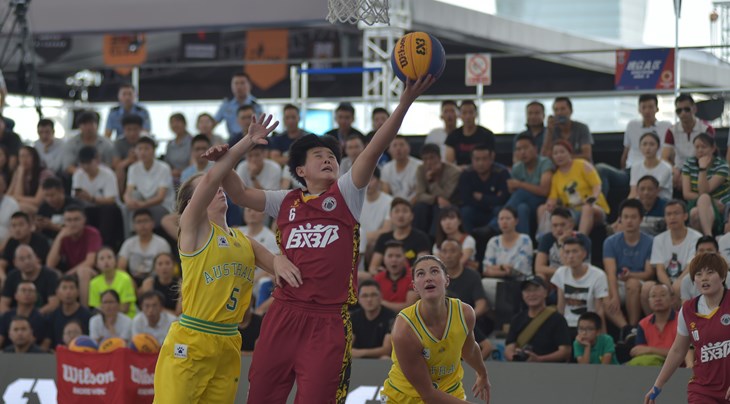 Eight teams, including some of the brightest stars in the 3x3 game had made the trip to China for one of the first professional women's tournaments in the history of the game.

The 2 Chinese teams (senior and U23) impressed and both qualified to the semi-finals, which put China U23 star An Jing in a joyful mood.

China and Australia met in the final after defeating China U23 and Serbia respectively. The final was an absolute thriller with multiple lead changes and some crazy buckets.

With the game tied at 19 and 18 seconds to go, World Cup 2012 bronze medalist Alice Kunek faked the 2 and buried a difficult long off-balance 1-pointer to give Australia a 1-point-lead. But on the continuation Zhiting Zhang found YingYung Li wide open for the game-winning 2-pointer, which set the crowd on fire.

The tournament was a great repetition for China ahead of the FIBA 3x3 World Cup 2018, starting on June 8 in the Philippines. The exact same 4 playrs will represent the country in Pool B with Argentina, France, Kazakhstan and Switzerland.