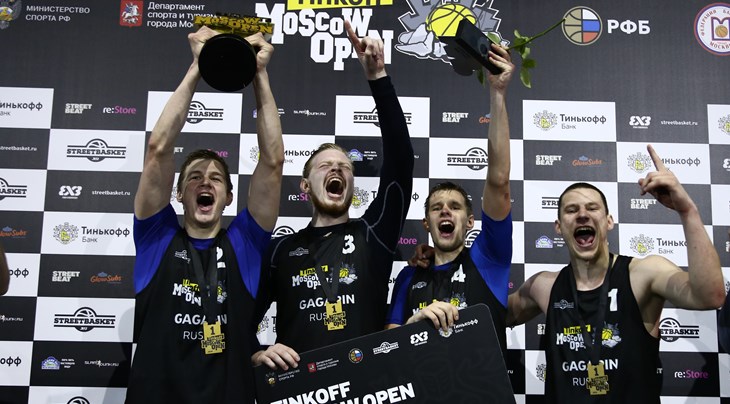 LIPIK (3x3 Challengers) - After winning the Tinkoff Moscow Open in their first professional appearance, can Gagarin (RUS) shock the world again at the Cedevita Lipik 3x3 Challenger in Croatia on June 22-23, 2018?

It won't be a walk in the park for them as the Russians will start their journey in the Qualifying Draw A. They will face Sarajevo (BIH) and Townsville Thunder, coming all the way from Australia. The winners of this pool advance to Pool C with Gdansk Energa (POL) and Nanjing Challenger runners-up Moscow Inanomo (RUS).

Riga (LAT) headline Pool A with Ljubljana East (SLO) and Split Statist (CRO) as rivals. The Latvians, who won the Nanjing Challenger 3 months ago, will look to bounce back after a disappointing 5th place in Limassol last week.

Last but not least, Belgrade (SRB) and Nice (FRA) will play Tokyo (JPN) in Pool B. Both Belgrade and Nice competed last week in Limassol, finishing 6th and 4th respectively.

In total, 5 teams from the Top 10 and 5 more from the Top 20 will compete in Croatia for two spots at the Lausanne Masters and 20,000 USD in prize money.

Only Novi Sad (SRB) and Zemun (SRB) are qualified for Lausanne so far (based on ranking).

The Challenger will be livestreamed on youtube.com/FIBA3x3