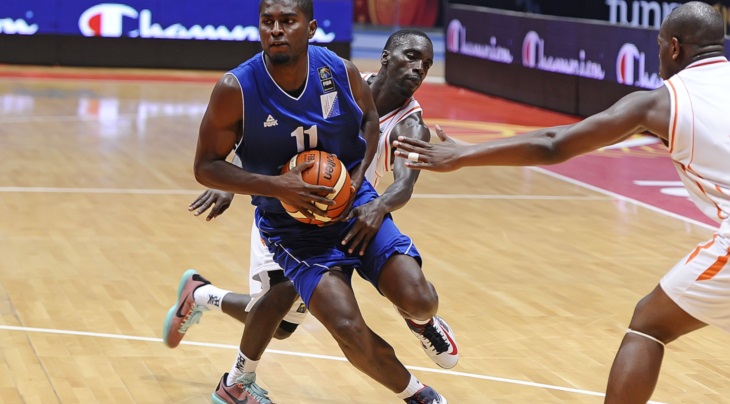 PRAIA (FIBA 3x3 Africa Cup 2018) – First impression is often said to last longest in the memory of people and that is exactly what Cape Verde's Fidel Mendonca is seeking for his country as they make their first FIBA 3x3 Africa Cup appearance next month in Lome, Togo.

Looking ahead of the FIBA 3x3 Africa Cup 2018, Mendonca says his country may be regarded as a minor in 3x3 basketball but insists that they are coming to the Africa Cup with a determination to prove their worth.

"I LEARNED TO PLAY BASKETBALL ON THE STREET AND OFTEN PLAYED 3x3. TO BE ABLE TO PLAY IN A FIBA OFFICIAL COMPETITION NOW IS VERY GOOD. IT'S LIKE TURNING BACK THE HANDS OF TIME AND RETURNING TO MY ROOTS."- Mendonca

"Cape Verde enters all the competitions with an ambition to win. We know very well our strengths and our weaknesses. We know that we are going to face very strong and experienced teams. This is our first participation in this continental showdown and we want to make a decent appearance to dignify our flag," he told FIBA.basketball.

The 6ft3in (1.91m) describes his experience in the half-court game as amazing while giving an insight into how he started basketball.

"I learned to play basketball on the street and often played 3x3. To be able to play in a FIBA official competition now is very good. It's like turning back the hands of time and returning to my roots.

"Comparing the 3x3 game and the entire court, are two different competitions which requires different skills. 3x3 is a short time game with its own rules. It’s a very intense game with little margin of error. So, we have to be quick in the executions," Mendonca revealed.

On the strength of the opposition expected in Lome for his side, the 34-year-old points out that they would take each game one after the other. "We will play against good teams and that will create for us many difficulties. We saw on YouTube the qualifying games at Madagascar and we are aware of these difficulties. We have two difficult games in our group, against Nigeria and Uganda. Nigeria is the reigning champion and will be a great test for us and we promise to make the most of every game, playing each game as if it were the last," he stressed.

However, the Islanders are looking beyond Lome, and Mendonca has his eyes on the 2020 Olympics in Tokyo with a desire to see his country’s flag amongst that of other nations.

"Being a part of the Olympics is dependent on us, we will do everything to be there. It’s a long way but we are working every day for this. Olympic Games is a dream of any athlete. Personally, it is a dream for me to see Cape Verde one day participate in the Olympic Games in 3x3 basketball," he concluded.