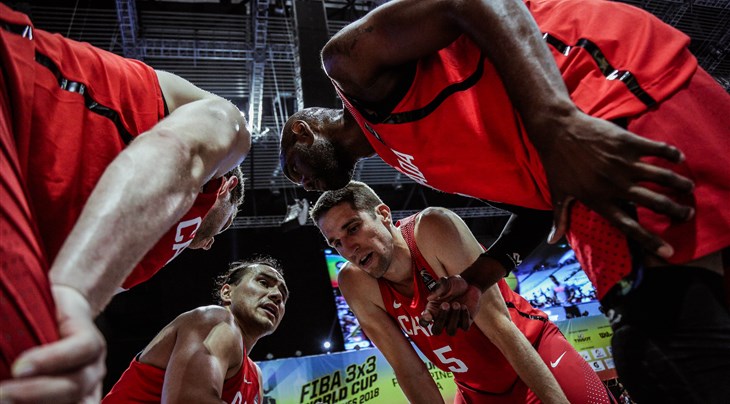 Team of the Day: Canada (men) and USA (women)

Canada steamrolled past the competition on Day 2 thanks to the sharp-shooting of Steve Sir, who ended up with a day-high 21 points. Sir's shooting was so hot he could put an oven toaster to shame, leading Canada over Mongolia, 21-15, and then rallying them past Russia, 20-17.

The United States women, meanwhile, reminded everyone that they were not to be overlooked. With Otiona Gildon and Sabrina Ionescu running rings around their foes like Sonic the Hedgehog, the Americans cruised to Pool C two wins against Iran, 21-7, and Andorra, 21-6.

Game of the Day: Kyrgyzstan v Romania (men - Pool A)

The finish of this game was so electric it could have sent not one, but two DeLoreans back through time. Both Kyrgyzstan and Romania engaged each other in a highly physical nip-and-tuck affair, with the contest being the first to go to sudden death overtime! The Kyrgyzstani drew first blood in the overtime and then - quicker than even the blink of an eye - Shakirzhan Kuranbaev stole the ball and sent it to Evgenii Pekhov for the victory-clinching slam.

Pringle's play was crunchier than the potato chip sharing his name. With his slick as oil crossover, Pringle helped the Philippines dance their way past Brazil, 15-7. And though they fell short against Mongolia, 21-17, Pringle and his teammates still dazzled the hometown crowd.

And speaking of dazzling pint-sized Rae Lin D'alie put some sauce into Italy's game with her own brand of sizzling ball-handling and thread-the-needle passing. D'alie was a wizard with the ball, and she enabled the Italians to race to an unbeaten record by day's end.