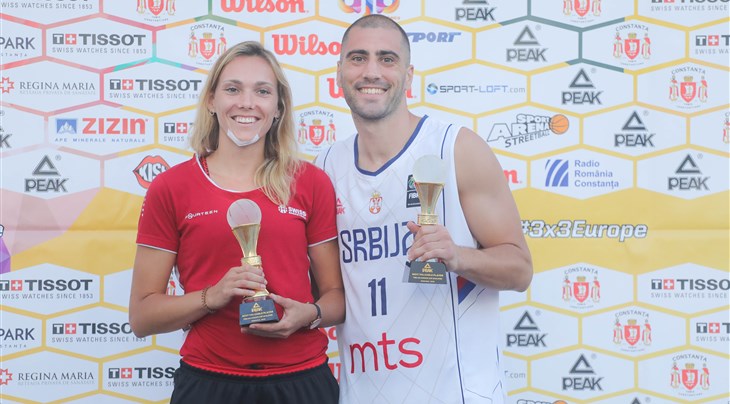 3x3 star Dusan Bulut added another MVP trophy to his cabinet after being named the Most Valuable Player of the FIBA 3x3 Europe Cup Romania Qualifier in Constanta. The World Cup 2018 MVP was the top scorer of the event (10.6 ppg) and led Serbia to the Europe Cup, that will take place in Bucharest on September 14-16.

In the women's category, Marielle Giroud led a young Swiss squad to the Europe Cup after finishing 1st in a loaded pool A, which included Israel, Lithuania, the Netherlands and Slovakia. The 5ft 10in (1.78m) was named MVP of the tournament after scoring a second-best overall 6.8 points per game.