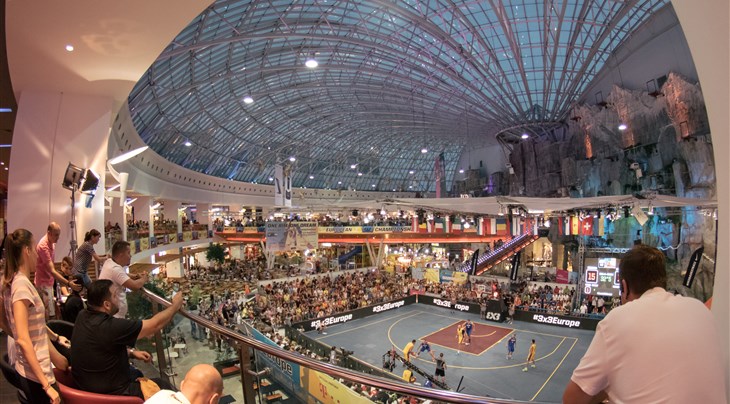 The fourth edition of the FIBA 3x3 Europe Cup will be staged in Bucharest, Romania on September 14-16, 2018.

The Romanian capital will play host to the most important 3x3 national team competition in Europe for a record third time in four editions, cementing its legacy as one of the capitals of 3x3.

The event will be hosted by the Romanian Basketball Federation and organized by Sport Arena Streetball.

The exact venue will be announced at a later date.

Fifty-nine teams (men and women combined) from 33 countries have registered to earn their ticket to the FIBA 3x3 Europe Cup, a significant growth compared to last year’s edition.

These teams will compete in one of the three qualifiers held in Escaldes-Engordany (Andorra) on June 23-24, Poitiers (France) on June 29-30 and Constanta (Romania) on June 30 – July 1.

Twelve men's teams and 12 women's teams will compete in Bucharest on September 14-16.

Russia’s women and Latvia’s men are the reigning European champions following their heroics in Amsterdam, Netherlands on July 7-9, 2017.