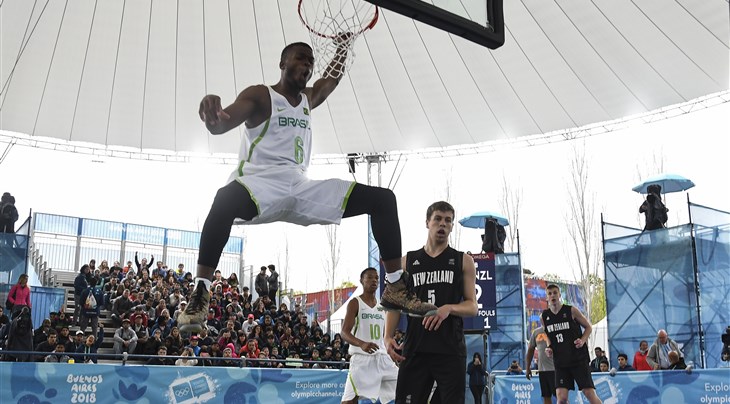 On the 6th Day of competition, Brazil finished undefeated and stamped their ticket to the quarter-finals of the Youth Olympic Games after defeating both Andorra and 3x3 U18 Asia Cup winners New Zealand in a really intense game with a lot of action above the rim.

Ukraine, who finished the pool stage undefeated, advanced as first in men's Pool B. New Zealand, Venezuela and Andorra got eliminated.

In the women's category, FIBA Vice President Hamane Niang and DBB President and FIBA Treasurer Ingo Weiss saw an unbeatable US team roll over Venezuela and Ukraine (21-9 twice). Ukraine got the 2nd pass to the quarter finals.

Egypt got their first win of the tournament on an ice-cold buzzer beater against Venezuela, that made the fans go nuts. But in the end Sri Lanka, Egypt and Venezuela were knocked out in women's Pool B.