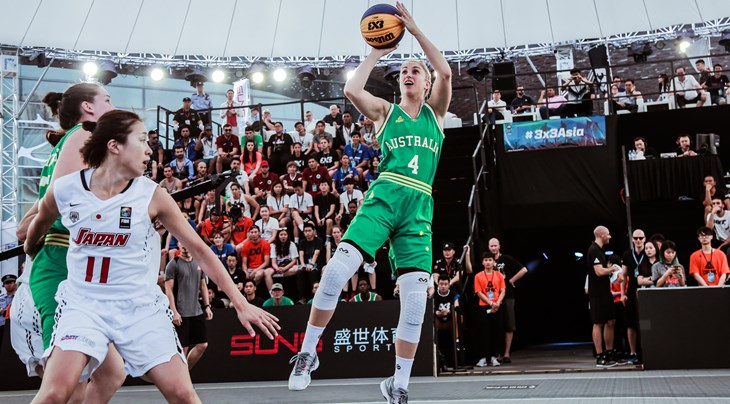 Team of the Day: Australia's women

Undefeated. Not just in pool play, not just this year: Australia are 10-0 in the history of the FIBA 3x3 Asia Cup. The defending champs started things off with the pedal on the gas against Japan and scored 7 points in less than 2 minutes. Today's top scorer Rebecca Cole finished in double digits (10pts) and Australia won 20-14. Credits to the Japanese defense: it was the first time this year and just the second time ever Australia don't finish a game before the limit at the 3x3 Asia Cup. The girls continued their hustle as they decisively won against Iran 21-3 in their final game of pool play. They will face Indonesia in the quarter-finals tomorrow.

South Korea (M) didn't get off to the best start in Shenzhen - they lost their first match of the tournament against China. It was a close game that saw the home team lock it up with a 17-15 victory. However, the team that won 5 games in the qualifying draw decided to show up for the 2nd game against Iran. Going back to back with his 2 point shot, Park earned player of the day honors, a mixtape and a spot in quarter-finals against undefeated Australia.

Game of the Day: New Zealand vs. Australia

There were a ton of good candidates for game of the day. However, Australia vs. New Zealand (M) was an Oceanic showdown of epic proportions. Physical from the get-go and tight throughout. However in final minutes, Tom Wright could do no wrong. The 29-year-old sharpshooter pushed the Aussies to a 19-14 victory.

Here are the brackets for the knock-out rounds on Tuesday