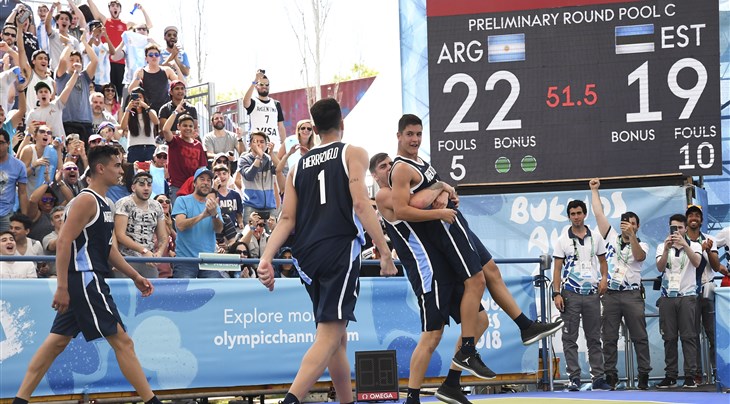 Argentina brought the house down in the Urban Park, situated in the Puerto Madero area, in the presence of FIBA President Horacio Muratore.

The hosts recorded two wins that made the attendance go crazy. First, they defeated Estonia, who had won their first game against Mongolia, and then, defeated Russia 21-14 to finish on top of Pool C in the men's category. The U.S, the team that completed the pool, lost against Russia in their first game but defeated Mongolia in a thriller to finish the day with a 1-1 record.

In the women's category, 3x3 rising star Orsolya Toth led Hungary to a 2-0 record after taking care of Iran and China. China, who defeated Germany in the last game of the day, are second in Pool A.

3x3 action is back in the Urban Park tomorrow at 9 am local time (GMT -3) with the Pool B for both the men and the women.