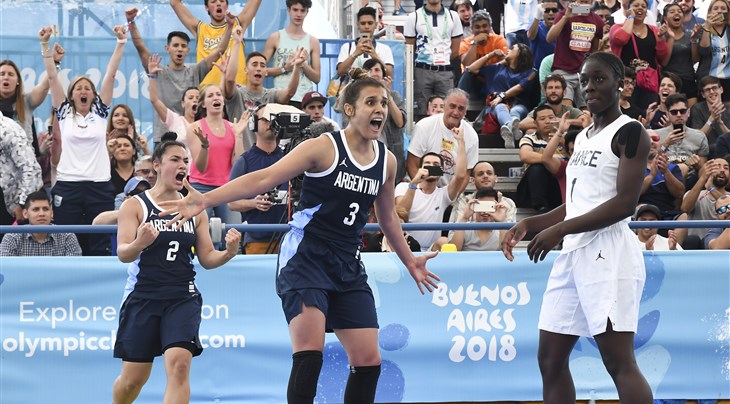 France and Argentina fought till the end for the first spot of women's Pool C today in the 3rd day of competition at the Youth Olympic Games in presence of FIBA President Horacio Muratore.

The Urban Park was buzzing with local fans supporting the Argentinian's women's team, who ended up winning 18-13 against a team. that won silver at the FIBA 3x3 U18 Europe Cup last month.

In the same pool, Mexico started things off with two wins over Indonesia and Andorra and will look to confirm their fine form against Argentina and France on October 13.

In the men's category, China and Slovenia shared the spotlight on the third day of competition in the Urban Park. Men's Pool A promises to be an absolute thriller. Slovenia were the only team to win 2 games on Tuesday. China, Georgia and Turkmenistan all finished the day with one win.