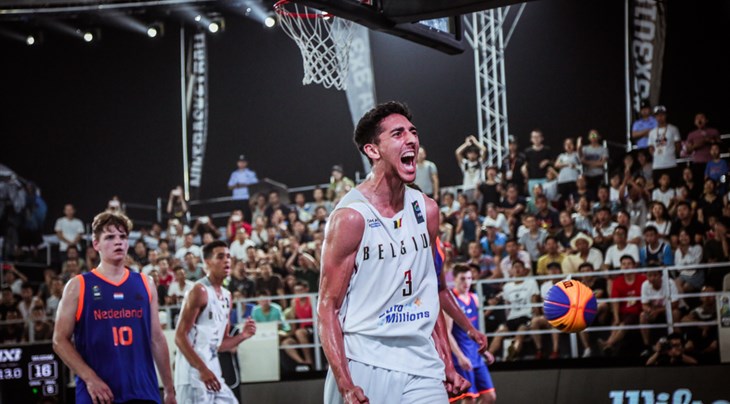 No Belgian city had ever hosted a FIBA 3x3 official competition before and Antwerp will start things off with the most important 3x3 national team competition in Europe.

The event will be hosted by the Belgian Basketball Federation and organized by Basketball Vlaanderen and Sportizon/Golazo and take place on ‘Groenplaats’, one of the most iconic squares in the historic district of Antwerp, next to the famous statue of painter Pieter Paul Rubens and with a view on the cathedral.

2020 will mark the 100th anniversary of the year Antwerp hosted the Olympics… and the year 3x3 makes its debut at the Tokyo 2020 Olympics.

"The historic district of Antwerp promises to be one of the most spectacular urban backdrops in 3x3 history. We’re excited to be in such a young and dynamic city and country, just one month before our first-ever Olympic appearance."

"Our Groenplaats already has quite a history as a 3x3 setting, because it has been the decor for an annual 3x3 tournament since 2012. With such a major event we profile ourselves as the Urban capital of the Benelux," added Ludo Van Campenhout, Antwerp’s Deputy of Sports.

Belgium has been extremely successful in 3x3 in youth categories. The men completed an U18 Europe Cup – U18 World Cup double in 2017 and the women won the U18 Europe Cup in 2018.

Marc Verlinden, president of Basketball Flanders, sees the Europe Cup in Antwerp as a golden opportunity for basketball in Belgium.

“The last years, 3x3 basketball has made huge steps forward and we will keep on investing in its development towards a valued basketball discipline," Verlinden claimed.

"We definitely aspire a medal during the FIBA 3x3 Europe Cup 2020. And in addition to that we hope to see 3x3 growing further, because a large 3x3 community is essential for the development of this unique discipline."

Event co-organizer Sportizon/Golazo considers the Europe Cup in Antwerp as the highlight of a long 3x3 tradition.

“Being handed the organization of the 3x3 Europe Cup is a recognition for our belief in 3x3 basketball as a sport and for the investments all those years to build a fine competition", Sportizon's Bruno Keustermans explained.

"Sportizon has been organizing 3x3 events all over Belgium since 2007."

Twelve men's teams and 12 women's teams will compete in Antwerp. The FIBA 3x3 Europe Cup 2020 Qualifiers will be announced at a later stage.

France’s women and Serbia’s men are the reigning European champions after their masterpiece performance in Bucharest, Romania on September 14-16, 2018.