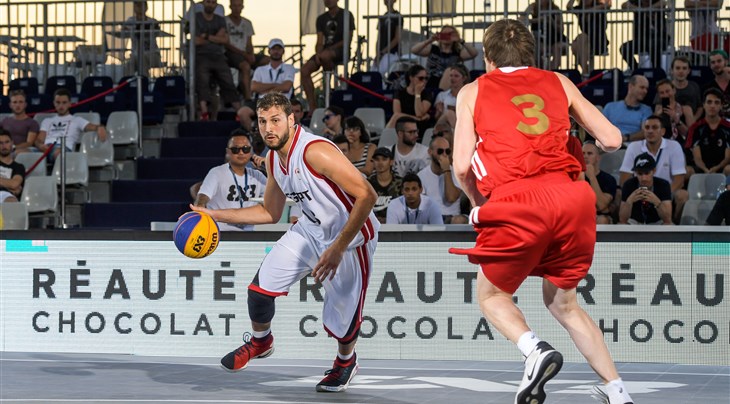 6 teams will be representing their countries in the men's category with 4 tickets on the line. The competition system? Easy, they have been all seeded in the same pool, with the Top 4 teams advancing to Togo. Egypt will start the competition as favourite by sending a strong team featuring Ahmed ElSabbagh, who represented the country at the 3x3 World Cup 2017 (18th), 2016 (16th) and played the FIBA 3x3 World Tour in 2016, finishing 6th at the Americas Masters. But don't sleep on hosts Madagascar, who bring back 3 out of the 4 players who won bronze last year at the Africa Cup in Togo.

In the women's category, 4 teams will compete in the same pool. After that, they will play an elimination game (1st v 4th and 2nd v 3rd), with the winner of each game qualifying to the Africa Cup. Losers will play another game and the winner will be qualified as well. Uganda bring back 3 players from the team that finished 13th at the FIBA 3x3 World Cup 2018 almost 2 months ago in The Philippines, including Jamila Nansikombi, who produced one of the highlights of the tournament.

A second Africa Cup Qualifier will be hosted in August in Cotonou, Benin (August 16-17).

Togo is already qualified to the FIBA 3x3 Africa Cup 2018 as the host country of the tournament. In the first edition of the competition in 2017, Nigeria's men and Mali's women took home the gold medal.