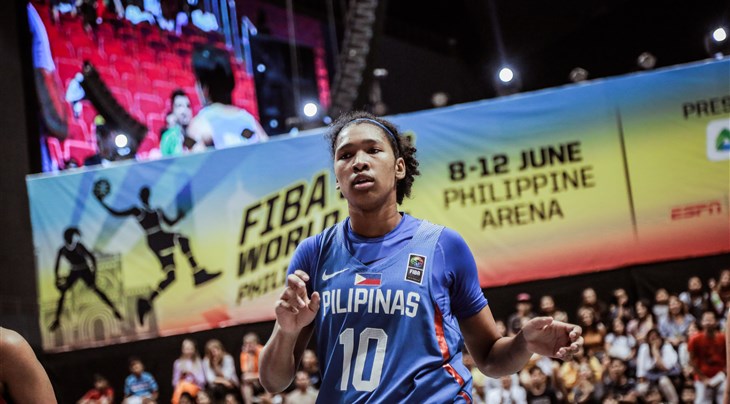 PHILIPPINES (FIBA 3x3 World Cup 2018) - It's safe to say that Jack Animam and the rest of the Philippines women's 3x3 national team received a baptism of fire so to speak, but they are better because of it.

At least that's what the bright-eyed 19-year-old believes.

"This experience was very good for us," she said after their FIBA 3x3 World Cup 2018 Day 3 loss to Hungary. "We learned a lot from the tournament."

This is the first time ever that the Philippines have sent a women's team to the 3x3 World Cup, and that alone is an historic achievement. Their winless campaign, as Animam put it, was mainly due to their inexperience.

"We gave our opponents a good fight in every game," she stressed. "We didn't give up any easy wins, but our opponents were just more experienced than us."

Animam, with her bubbly personality and relatively stocky build, was one of the most recognizable and appealing players in the competition.

The 1.87m Filipina didn't score much in the tournament, but her toughness, rebounding and rim protection made her a crowd favorite.

"We just want to thank everyone for their support," she said. "Next time, once we've mastered the 3x3 game, perhaps we'll finally get some wins."