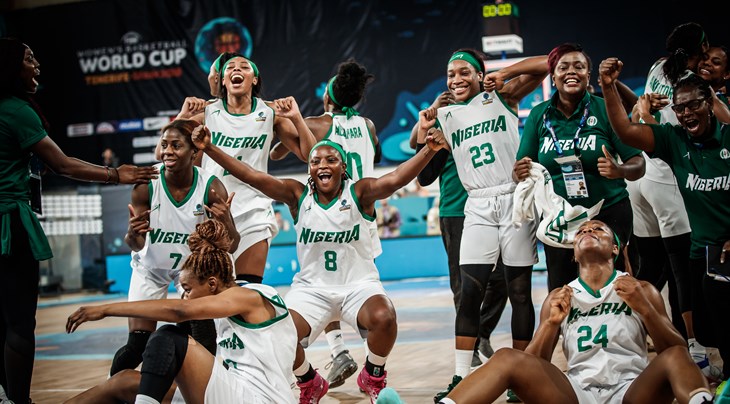 The second edition of the continental championship promises to be more exciting as one of the best three players in the inaugural edition, Nkechi Akashili insists that the competition would be a lot tougher with Nigeria seeking to win the title this time around.

Akashili, fresh from the FIBA Women’s Basketball World Cup held in Tenerife, Spain where she helped Nigeria finish in 8th place told FIBA.basketball that she is looking forward to bringing her wealth of experience to bear on the 3x3 team to ensure Nigeria emerge champions.

"WE HAVE OUR EYES SET ON WINNING THE TITLE. WE WANT AS MUCH AS POSSIBLE TO REWARD OUR FEDERATION FOR THEIR INVESTMENT IN THE GAME OF 3X3."

"The experience of playing at the Women's World Cup against the best players is something I won’t forget in a hurry. Great players I haven't met before like the persons of Breanna Stewart, Liz Cambage, Diana Taurasi, Aja Wilson and lots indeed gave me a fresh insight into the game.

"Nigeria is a top contender for the title having missed it by just one point to Mali. For us as a team, we need to keep our game up tight because other countries are all out against us for the title. We need to keep working hard to achieve our set goals.

The 28-year-old player who was part of Nigeria’s winning team at the FIBA Women's AfroBasket in Mali noted that the Final Round in Lome, Togo will bring the best players in Africa together and as such the championship would be very fierce.

"All the teams that qualify for the Final Round are good enough for the title, and for us that is a reason not to underrate them. We will take our games one after the other even as we have our eyes set on winning the title. We want as much as possible to reward our federation for their investment in the game of 3x3,” the Warri native stated.

Twelve women's teams will compete for honours in Lome, Togo having qualified from two qualifiers held in Madagascar and Benin respectively.

Mali’s women are back to defend the crown they won at the inaugural edition, which was also staged in Lomé on November 3-5, 2017.

Three countries will make their debut at the Africa Cup including Burkina Faso, Cape Verde and the Democratic Republic of the Congo.