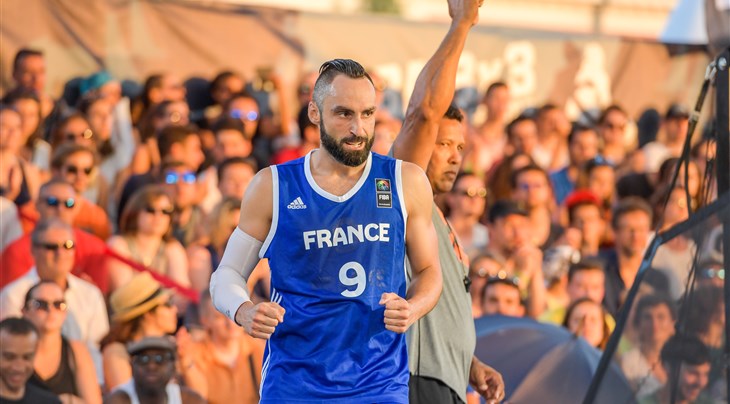 In the men's category, hosts France are placed in a tough Pool D with a rejuvenated Italian team and Israel. After falling in the quarter-finals of the Europe Cup last year, 3x3 star Angelo Tsagarakis and 'Les Bleus' are going for the medals this time.

Reigning European champs Latvia are placed in Pool B alongside Turkey and Montenegro. After a disappointing quarter-final exit at the World Cup, Lasmanis, Miezis and company want to prove their critics wrong at the French Qualifier.

Good news in Pool A as last year's U18 World Cup MVP Ayoub Nouhi will rep Belgium in France. Can he lead the "Lions" to the Europe Cup? Russia and Belarus won't make it easy for them.

Last but not least, Estonia, Slovakia and Denmark were seeded in Pool C.

In the women's category, World Cup 2016 winners Czech Republic will meet the French hosts in Pool B. However, Marie-Eve Paget will be the only player remaining from the team, that won bronze at the World Cup 2018 two weeks ago.

World Cup 2017 bronze medalists Ukraine will have big ambitions in Pool A after missing out on a World Cup spot in the Philippines. They will compete against the same German team that finished 15th at the World Cup this year. Poland, Sweden and Ireland will be the underdogs in the pool.

In the men's category, the best 2 teams from each pool advance to the "quarter-finals". The winners of each one of these 4 games get a ticket to Bucharest.

In the women's category, the winners of each pool qualify to the Europe Cup. The teams ranked 2nd and 3rd in Pool A will meet those who finished 3rd and 2nd in Pool B respectively. The winners of these 2 games will also go to Romania.

The France Qualifier of the FIBA 3x3 Europe Cup 2018 will take place on the iconic Place du Maréchal-Leclerc in the heart of Poitiers, France. You can watch it on youtube.com/FIBA3x3 and Facebook.com/FIBA3x3 and join the conversation using the hashtag #3x3Europe.