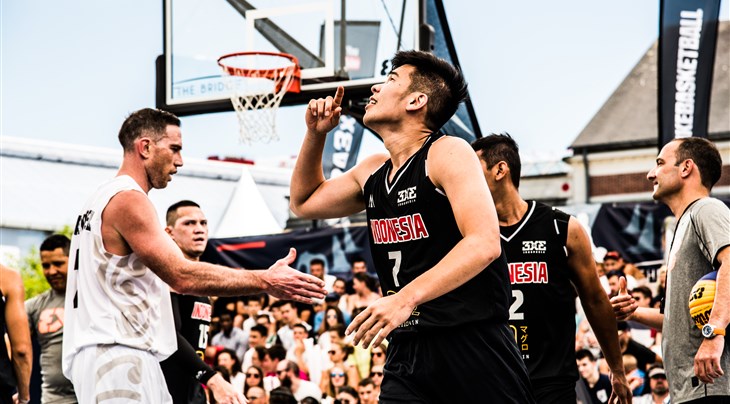 It was fitting that 3x3 would make its debut at the Asian Games the year Indonesia hosted the competition. Back in 2013, Jakarta played host to an incredible FIBA 3x3 U18 World Cup, which brought together dozens of thousands of fans and revealed young talents like a 15-year-old Filipino teenager named Kobe Paras.

The 3x3 event of the Asian Games features 36 teams from 21 different countries and some of the best U23 players in the world.

Ying Yung Li led China to a silver-medal run at the FIBA 3x3 Asia Cup and a 4th-place finish at the World Cup this year. The 22-year-old has now climbed all the way up to 2nd overall in the world rankings.

Indonesia star player Rivaldo Pangesthio and his teammate Vincent Rivaldi Kosasih will also be there, 5 years after representing their country at the U18 World Cup in front of the Monas, the most iconic landmark in Jakarta.

The event will not be livestreamed on FIBA3x3's YouTube channel but follow our social media channels for more information about the event.