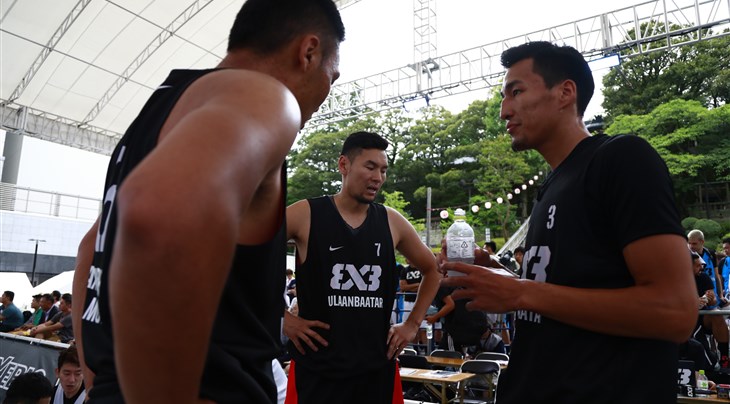 LJUBLJANA (3x3 Challengers) - Ulaanbaatar will travel all the way from Mongolia to compete at the 3x3 Cedevita Ljubljana Challenger 2018 in Slovenia on August 17-18.

The Mongolian squad Ulaanbaatar, ranked 15th in the World, will be placed in Pool C alongside local favorites Ljubljana (6th in the ranking). The third team in the pool will be the winner of a qualifying draw, which features the Serbian squads Vrbas Avai and Lake Ada BROX , besides Sarajevo (BIH).

In Pool A, the number 3 team in the World Piran (SLO) will deal with Spanish 3x3 veterans from Malaga El Palo, and Kyiv UkrDealing (UKR).

Bucharest Challenger winners Riga (LAT) headline Pool B. The Latvian squad, that are already qualified for Debrecen, are ranked 5th in the World. Their opponents are Split Statist (CRO) and Venice Italbasket, from Italy.

Pool D might be toughest of them all with the 7th and 8th teams in the World, Amsterdam Inoxdeals (NED) and Belgrade (SRB). But that might be even more competitive if Kranj (SLO) win the 2nd Qualifying Draw where they will compete with Maribor Adecco and Semic Oreka, also from Slovenia..

The participants will compete for two slots in the Debrecen Masters (August 30-31), and USD 20,000 in prize-money.

In total, 16 teams from 10 countries will be represented in Ljubljana, including 5 currently ranked in the Top 10 in the World.

Kranj, Riga and Belgrade are already qualified for the event. If these teams reach the final then the next eligible teams in the standings will qualify for the Debrecen Masters.