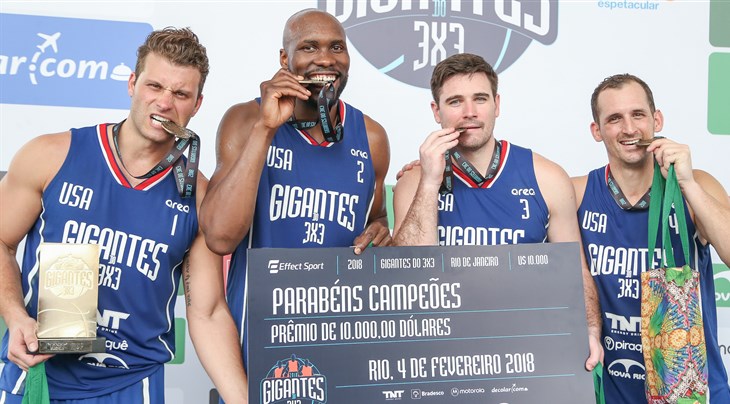 RIO DE JANEIRO (3x3) - The US national team started the year with a bang by beating the Serbian World Champions and Brazil to win Gigantes do 3x3 live, an event organized in Rio de Janeiro, Brazil and broadcast live on Globo.

There was an obvious sense of revenge as USA were drawn against Serbia in the semi-finals of a loaded exhibition tournament, which also featured 2 star-studded Brazilian teams.


Most recently, the same exact eight players met in the 2017 edition in Nantes, France and Serbia had prevailed (17-14) on their way to their third World title.

This time around, there was no stopping US star Dan Mavraides, who buried 5 two-pointers and led USA to a 21-17 win.

In the final against Brazil, Mavraides kept his foot on the gas and athletic big man Zahir Carrington had more highlights than Justin Timberlake at the Superbowl Half-Time Show.

USA (also featuring sharpshooters Damon Huffman and Craig Moore) won 22-19, collected a 10,000 USD cheque and made a lot of new fans in Brazil.

More than 2,000 spectators attended the event on site and 32.4 million fans followed the event live on Brazilian broadcaster, Globo.