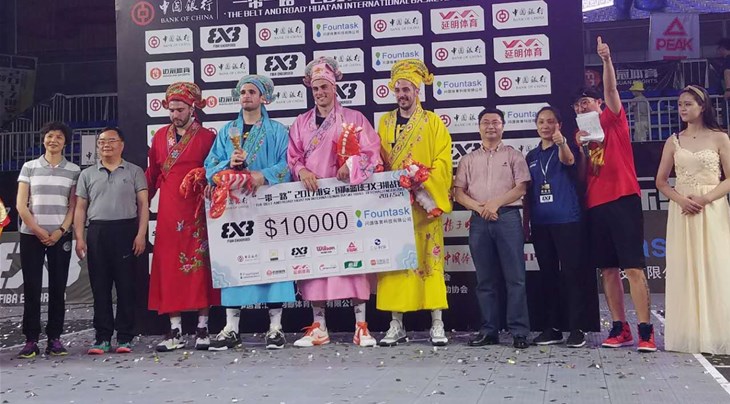 After winning the first challenger of the season in Nanjing, Zemun continued to dominate the start of the professional season in the streets of Huai An.

With Bogdan Dragovic unavailable, his substitute Dejan Pejic took over.

Pejic finished 3rd overall in scoring (36 points) and was named MVP of the tournament.

The number one 3x3 player in the world Dusan Domovic Bulut led all scorers in Huai An with 46 points, beating out Bikramjit Gill (Hamamatsu, JPN) and Pejic.

Like it is the case at all challengers, two new teams have secured a ticket to the World Tour. Both Zemun and Novi Sad Al Wahda will meet again at the Chengdu Challenger, scheduled for September 23-24.

Six of the Top 10 teams in the FIBA 3x3 Team Ranking competed in Huai An. The two finalists of the last edition of the FIBA 3x3 World Tour (Ljubljana, SLO and Hamamatsu, JPN) did not make it past the quarter-finals.

The next 3x3 Challenger will be held in Mongolia on June 3-4. The two best teams there will not qualify to Chengdu though, but to the Utsunomiya Masters on July 29-30.