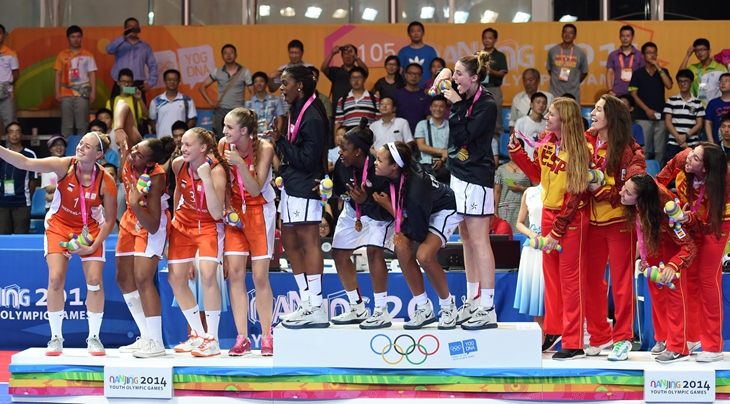 Filipino basketball rising star Bobby Ray Parks Jr - now 24 - featured in the first-ever edition of the YOG in Singapore, back in 2010.

Parks Jr remembered: "It was one of the best experiences ever because I got to represent the Philippines for the first time. I also got to meet other young athletes from different nationalities and backgrounds."

After being considered one of the biggest hits in Singapore, 3x3 came back with a bang for the second edition of the summer YOG in Nanjing, China from August 16-28, 2014.

Just 1 year after winning gold at the FIBA 3x3 U18 World Cup in Jakarta, Indonesia, US sharpshooter Katie Lou Samuelson had another dream experience thousands of miles away from home:

"Of course it's such an amazing memory for me because in 2014 I was able to win a bronze [in the shoot-out contest] and a gold medal [in the team's event] but it's so much more than that.

"It was such a life-inspiring moment to travel all the way to China and meet athletes from different cultures and I'm so excited to watch the new edition in 2018," the University of Connecticut star added.

The 3rd edition of the summer YOG will be staged in the Argentinian capital from October 6-18, 2018 and will be the only word-level U18 3x3 competition next year.