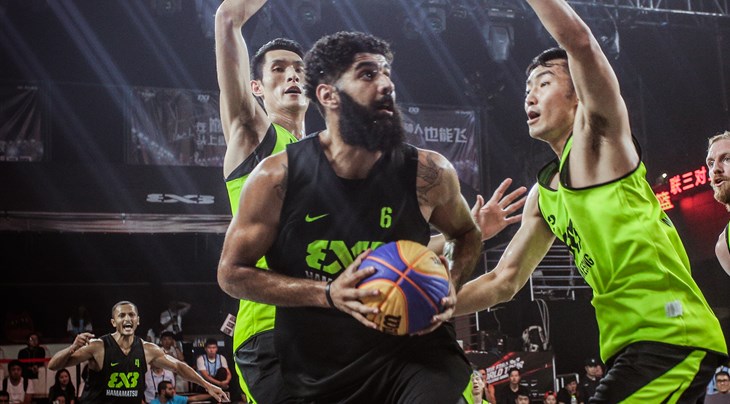 Two tickets for the FIBA 3x3 World Tour Utsunomiya Masters and 10,000 USD are at stake for the 16 participating teams at the World Hoops Penang 3x3 Challenger, which will be staged in the Gurney Paragon shopping mall.

The Penang event is the second one of 13 Challengers (Zemun (SRB) won the first challenger in Nanjing, China on 29-30 April), these standalone international tournaments, whose two finalists qualify for the FIBA 3x3 World Tour.

Hamamatsu will be one of the 3 teams from the Top 8 to make the trip to Malaysia, together with Krakow R8 Basket (POL) and the team that defeated them in the title game at the FIBA 3x3 World Tour Final last year, Ljubljana (SLO).

All three teams have already clinched at least 1 spot at the World Tour this year.

Ljubljana are already guaranteed to play at the Utsunomiya Masters. This means that if they reach the final of the Penang Challenger – like it was the case in Nanjing 2 weeks ago – the team ranked third will fly to Utsunomiya on 29-30 July.

Hamamatsu star Amjyot Singh will be one of the main attractions in Malaysia. Keep an eye on Leningrad leader Alexander Pavlov and Brazilian star Leandro Souza De Lima, who now plays 3x3 professionally in Japan for Team Yokohama.