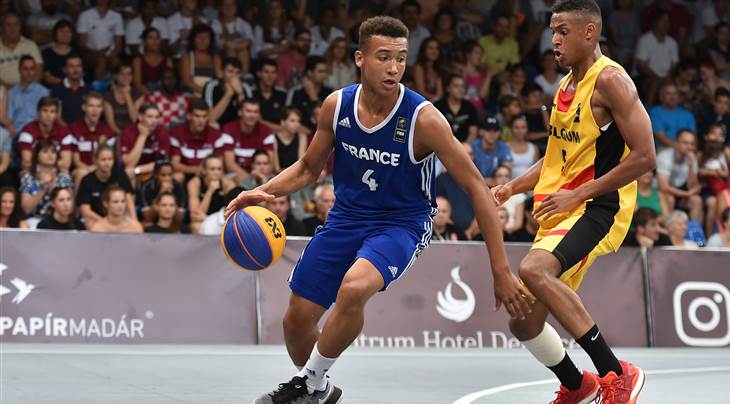 We caught up with the FIBA 3x3 Europe Cup 2016 winner as he sets new objectives for his 3x3 career.

How did it feel to be at training camp with the senior national team?
It's an honour to be called up for the national team, especially at my age. There were only good vibes in this training camp. It was very physical but not vicious. I think I gained a lot of experience, spending time with guys like Charles-Henri Bronchard and Anthony Christophe.

What's the difference between U18 and senior category? Do you think you can already compete at the next level?
Physically I had to adapt because it’s 2 or 3 levels above. I think I did well at the camp but then of course I’m not selecting the national team. I didn’t feel like I was shy or anything and I was treated like any other player.

How do you feel now when you look back at what you achieved at the FIBA 3x3 Europe Cup 2016?
The memories of Debrecen will last a lifetime. I’m still in touch with my team-mates there and we spoke about playing at the [FIBA 3x3 World Tour Qualifier] Open de France. Winning the FIBA 3x3 U18 Europe Cup was just a process, a first step. Now I want more, with the senior national team.