Who will win the 6th edition of the FIBA 3x3 World Tour? 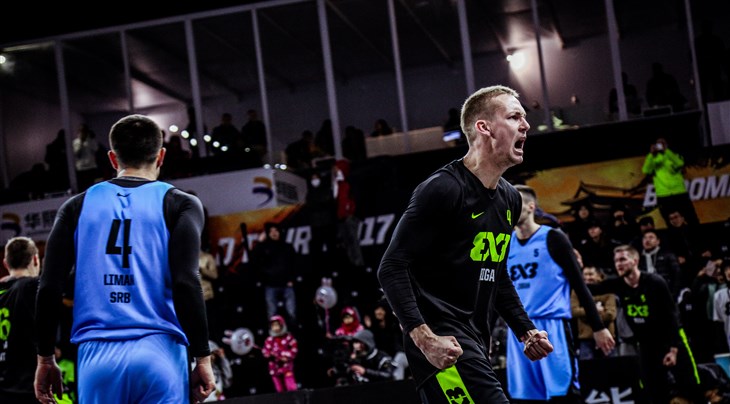 The quarter-finals start tomorrow with a bang. When we made our player poll, half the players predicted this would be the championship game: Novi Sad Al Wahda vs Liman, the number 1 team in the world against the youngest squad in Beijing and the rematch of the absolutely mental semi-final of the Debrecen Masters.

Piran-Lausanne ain’t gonna be bad either. The Slovenians might be the best passing game on the entire Tour and Lausanne ranks number 1 in highlight plays, thanks to the smoking hot Swiss Khalifa aka Natan Jurkovitz.

The reigning champs Ljubljana have been flying under the radar but here they are, in the quarter-finals, against Zemun Master. Jasmin Hercegovac’s team beat Zemun in the semi-finals of the Prague Masters this year. The Iceman is officially back, even colder than Beijing in late October.

Last but not least, an exciting Riga team gets a second look at Kranj, after beating them in the pools at the Debrecen Masters. After Lasmanis and gang survived an opening loss and even managed to win their pool, nothing can stop them, they’re all the way up.

Make sure to follow us live tomorrow on youtube.com/FIBA3x3 and drop the hashtag #3x3WT.