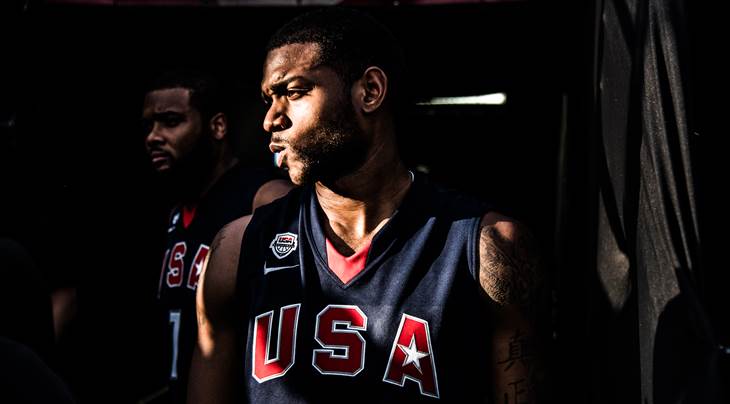 COLORADO SPRINGS (FIBA 3x3 World Cup 2017) - The best 3x3 teams in the US are brought together in Colorado Springs for the USA Basketball 3x3 National Tournament on 8-9 April. The winners of the men’s category get a chance to represent the country at the upcoming FIBA 3x3 World Cup 2017, which will be held in Nantes, on 17-21 June.

While the silverware kept piling up for the women (back-to-back titles in 2012 and 2014), the US men’s national team had never reached the semi-finals of the 3x3 World Cup until last year.

Big jump was the word with the one-punch of Myke Henry and Alfonzo McKinnie, who had more highlights than a Drake album in Guangzhou.

The team knocked down the reigning World Champs in the quarters, the Europe Cup winners in the semis before bowing down to Serbia in the final.

Six months and a full NBA D-League season later, Henry and McKinnie are back on the 3x3 court.

Like in previous years, they will have to earn the right to wear USA on their chest by winning the super competitive USA Basketball 3x3 National Tournament with their 3BALL Premier team-mates Jon Octeus and Quinton Chievous.

Besides Henry and McKinnie who played 3x3 professionally for Team Chicago last year at the World Tour, a lot of other World Tour alumni will be in Colorado.

Team 3BALL Select will star a selection of former NCAA stars, who cut their teeth in the NBA D-League this season.

Whoever wins, one guarantee: the US will have a loaded team at the 3x3 World Cup in June.

Bonus for the winning team: they will also earn a ticket to the first stop of the professional season, the FIBA 3x3 World Tour Saskatoon Masters on 15-16 July.

On top of the men’s category, the USA Basketball 3x3 National Tournament will also include women’s, U18 men and U18 women categories.