Who will be the first team to qualify for the FIBA 3x3 World Tour 2017? 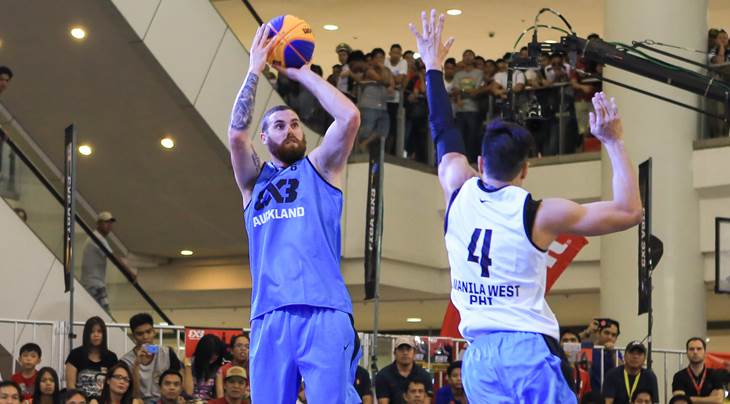 Following an ambitious tour of 14 stops, 12 teams have earned their ticket to the final on Auckland’s waterfront at The Cloud on 25 March 2017.

Auckland will be the heavy favourite to win it all after the team qualified to all five editions of the FIBA 3x3 World Tour.

After a disappointing 11th place at the FIBA 3x3 World Tour Beijing Masters last year, Auckland went through a massive facelift and made room for the athletic Nick Fee and big man Zac Easthope.

The number one 3x3 player in New Zealand Karl Noyer remains at the helm and spoke about the excitement around the final:

"We are really looking forward to Saturday," the man also known as 'The Beard' said.

"The Burger King Tour is a bigger event this year and I can feel there is a lot more competition. Quite a lot more of my friends are playing on other teams, they’re good and everyone is keen."

"3x3 is growing so fast," the lefty sharpshooter explained.

"The atmosphere at this event will be pumping and the athletic ability on display is really impressive."

"With an all-expenses paid trip to represent their town and country on the World Tour, this Saturday is a big deal. These guys have a lot to play for. They won’t hold back and that makes for a great spectator sport."

The event will be livestreamed on www.BasketballTV.co.nz from midday local time.

The winners will qualify for the FIBA 3x3 World Tour Utsunomiya Masters in Japan on 29-30 July 2017.

The full FIBA 3x3 World Tour calendar will be announced next week.