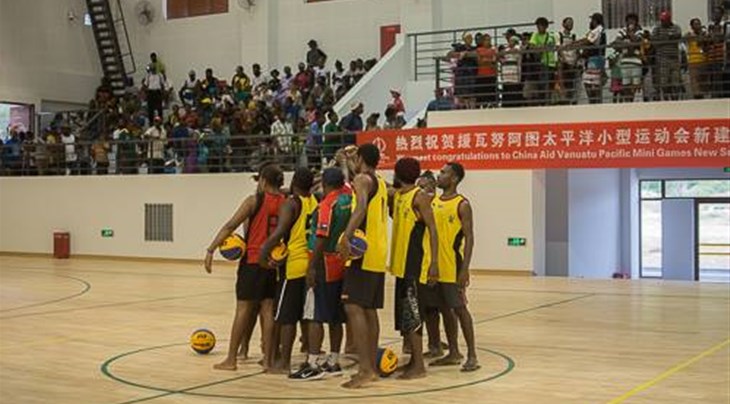 PORT VILLA – As the best 3x3 teams in the Pacific are getting ready to battle it out in December, the Vanuatu Basketball Federation (VBF) has announced the list of Men’s and Women’s players representing Vanuatu at the Van2017 Pacific Mini Games.

Hosts nation Vanuatu will be looking to put on a good show for the local fans and protect their home court. Having the opportunity to represent your country is an enormous honour, but to be able to do so at home is something very special.

The selection process tested players experience, talents and skills specifically for 3x3 basketball. VBF’s National Basketball Development Officer and Vanuatu Men’s 3x3 Coach Sacha Duthu thanked all of the players who put their hand up for their country.

“To select the final teams is never easy, especially when it comes to the announcement you are telling someone that he can’t represent his country, and for this occasion, it is a competition on national ground.”

“But the players understood that it’s just the beginning of 3x3 basketball journey in Vanuatu and more competitions are yet to come. None of them gave up despite that they are not in the final team”, Coach Duthu said.

The women’s team is filled with versatility and experience.

“We have a variety of profiles from the girls’ team," said Coach Duthu. "Someone like Nancy Patterson is an experienced national basketball player, she’s like the big sister of the team, always trying to motivate her teammates.”

“Frances Izono, our captain, she is not the strongest player on the court but she has a great deal of the game intelligence, she is very confident and happy to apply her skills in the 3x3 game.”

“Pauline Malanga is the best shooter on the team. She is also comfortable with playing as a Center and back to the basket, which brings another confident value to the team”, said Duthu.

On the other side, the men’s team is captained by Aaron ‘Big Brother’ Daniel and athletic, fast-paced side.

“He knows how to talk to his teammates, to make them feel confident and be efficient. Every team needs a warrior to lead the fight, and that is Antoine Marceau,” added Coach Duthu. “He is the fittest player of the squad, and he is the player that can tackle a defensive mission. He loves sharing the ball and assists best when he can.”

“Manoah Moli is the youngest of the squad. He plays on different spots with his height of 1 meter 90cm and is a very accurate long-distance shooter. Also with great talents is Vira Hensley. If he drives, he is barely stoppable with his physicality.”