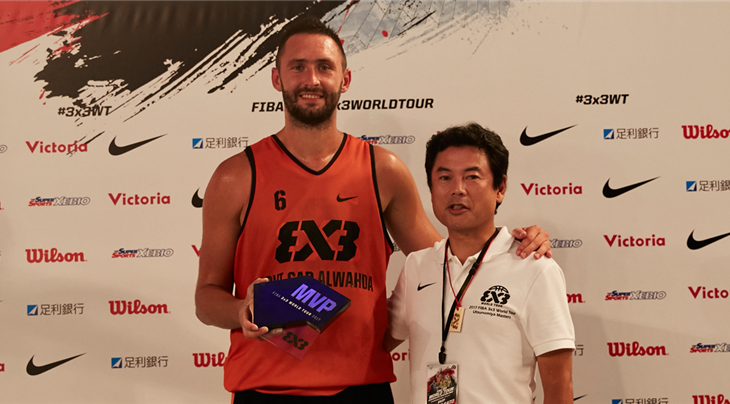 The "Maestro" scored a total of 35 points  in 5 games and scored 8 points in the final in a 17-16 win against Piran in overtime. Piran's Finzgar was who finished second in the scoring charts. The former number one 3x3 player in the world scored 28 points overall.

No less than 4 players are tied in the third position with 27 points. Michael "Money in the bank" Hicks (Krakow) scored them in only 3 games. Dusan Bulut (Novi Sad Al Wahda) and Piran's Gasper Ovnik and Anze Srebovt also finished the 3x3 World Tour Utsunomiya Masters with 27 points.