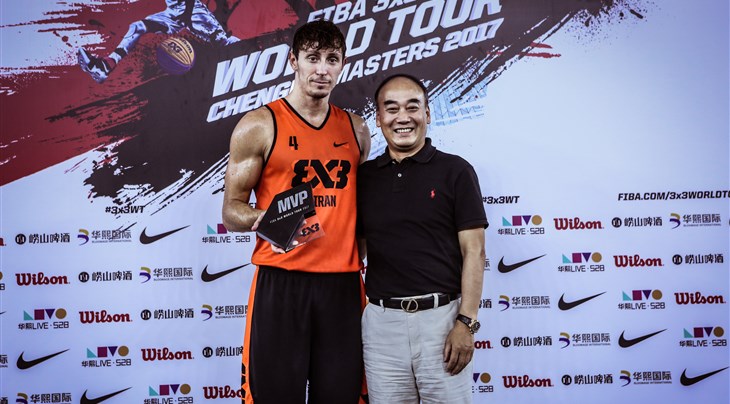 CHENGDU (FIBA 3x3 World Tour) - Piran (SLO) star Simon Finzgar was named MVP of the FIBA 3x3 World Tour Chengdu Masters 2017 after leading his team all the way to the title in Chengdu, China on September 23-24.

The former number 1 3x3 player in the World was instrumental in the Slovenian team's win. Not only did he score 40 points on the weekend, he also iced the 2 winning free throws with 4 ticks of a second to go in the final against Zemun (SRB) (19-18).

The rejuvenated Finzgar added a little sauce on his 40 points, including a mean alley-oop on a set play!

Second in the scoring charts was Zemun's Bogdan Dragovic. 'The Dragon' had a team-high 37, just two points ahead of teammate Lazar Rasic.