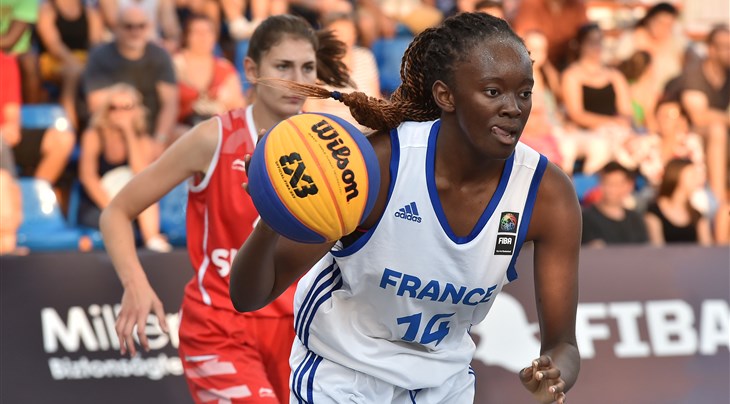 Emma Eichmeyer (Germany)
The 17-year-old was the main reason why Germany made it to the quarter-finals at the FIBA 3x3 U18 World Cup earlier this season. The Osnabrück native just gets buckets, hence she was leading all scorers at the end of the pool phase in Chengdu. If you wanna stop Germany, you'd better lock down their top player.

Katerina Galickova (Czech Republic)
The 6ft (1.83m) Galickova came to 3x3 with a prestigious basketball resume and did not disappoint at the U18 World Cup. The 17-year-old showed more moves than Jade Chynoweth under the basket and cracked the top 5 in the scoring list. Even better: she led Czech Republic to a stunning silver medal in China.

Sarah Shematsi (France)
She's back! One year removed from completing a crazy U18 World Cup - U18 Europe Cup level, the 6ft (1.84m) player makes her return to the 3x3 stage. Without her, France could not go past the quarter-finals at the U18 World Cup this year. With her intimidating defensive skills, it will become a whole more difficult to score against Les Bleuettes.

Julia Marquez (Andorra)
At just 5ft 6in (1.70m), Marquez isn't exactly a giant but she hit the biggest shot of the entire U18 World Cup a month ago. The voice of 3x3 Kyle Montgomery still hasn't recovered from a game-winning 2-pointer against Germany. Now you know: don't leave Marquez open, especially in the dying seconds of a 3x3 game.

Yuliana Samorodova (Russia)
You won't find a more gutsy player at the U18 Europe Cup! The Russian is like Joanna Jedrzejczyk: she goes just one direction, towards the rim! This year, the 5ft 8in (1.74m) added a reliable two-point shot and led Russia all the way to the bronze medal at the U18 World Cup.