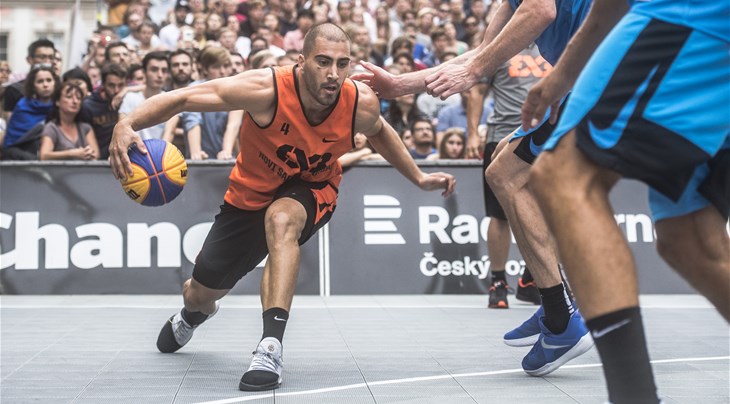 BEIJING (FIBA 3x3 World Tour) - 3 months, 7 Masters and 133 games later, the time has come for the FIBA 3x3 World Tour Bloomage Beijing Final. And – don’t get too emotional - for the last time this year, let us give you our 5 reasons to follow the event.

At 2, the boys have become men! 5 teams will make their World Tour Final debut this year. All of them are under 30 and the youngest of them all: Liman – 25 on average with their star player Stefan Stojacic – might be the biggest threat to Ljubljana and Novi Sad Al Wahda after they won 2 Masters this year.

At 3, if you’re like me and you like fantasy, you’re gonna love our World Tour Fantasy Game. Looks easy on paper: you just have to predict the top 4 scorers of the World Tour Final. But for this you’ll need to figure out who will go far in the tournament and play more games and make sure you give your MVP bonus to your top scorer.

At 4, if dunks counted double, I would definitely have Karlis Lasmanis from Riga and Natan Jurkovitz aka Swiss Khakifa from Lausanne on my fantasy team. My prediction is the top 10 of the World Tour Final will be the most spectacular of the season. Dusan Bulut, Stefan Stojacic and Mr Crossover himself Dragan Bjelica: we hope Beijing has good surgeons cause there are too many ankle-breaker specialists at the World Tour Final this year.

Last but not least, we’re in for the best dunk contest of the season. Lipek from Poland, Chris Staples from USA and Miller from Ukraine. That’s right the 3 guys who won a medal at the World Cup Dunk Contest in France back in June are reunited like the Wu-Tang. Staples and Miller thought they should have won so expect them to bring dunks you’ve never seen before to beat the World Champ Lipek.