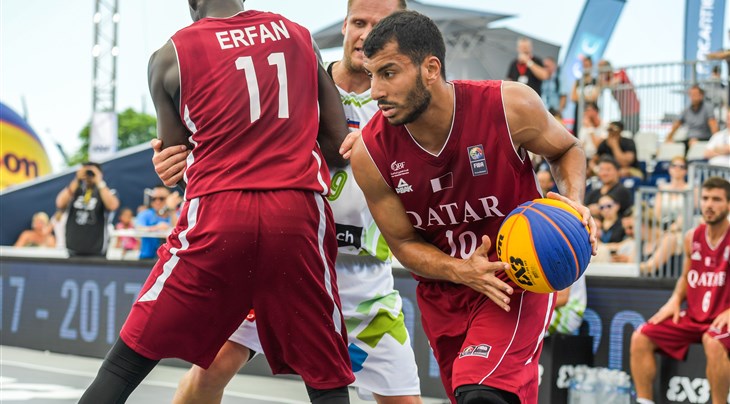 At 1, for the first time ever, the Asia Cup makes room for the best nations in Oceania. Will Australia and New Zealand dominate the competition like it's a Rugby World Cup? A few strong Asian teams beg to disagree.

The Mongolian hosts - at 2 - surely beg to disagree. The men's national team features 3 players in the Top 100 in the FIBA 3x3 Individual World Ranking, who became the first Mongolian to make it to the 3x3 pro circuit, the FIBA 3x3 World Tour. And you'd think they were just happy to participate? Wrong: they went all the way to the semi-finals at the Utsunomiya Masters in Japan last July. Mongolia also have a contender in the women's category. They brought back 2 of the players who won silver in the very first edition of the 3x3 Asia Cup, back in 2013.

At 3, we gotta mention Qatar's men, who shocked the planet by becoming 3x3 World Champions back in 2014. Since then the team has changed. In fact, none of the players at the Asia Cup were on that 2014 golden team. But with the dragster Abdulrahman Saad and the physical Tanguy Ngombo, Qatar look like the team to beat in Mongolia. They also prepare the future with former U18 world champions Seydou Ndoye and Nedim Muslic.

At 4, we mentionned Saad but Tomoya Ochiai (Japan) is likely to be one of the stars of the Asia Cup. "The Worm" can do everything on the court. The lefty can even do it all off the court since he's also a model and an actor. In some ways, the FIBA 3x3 Asia Cup sometimes looks like a celebrity game as it will also feature a former Miss Sri Lanka (Solange Gunawijeya) and a Kyrgyz model (Guzal Sharipova).