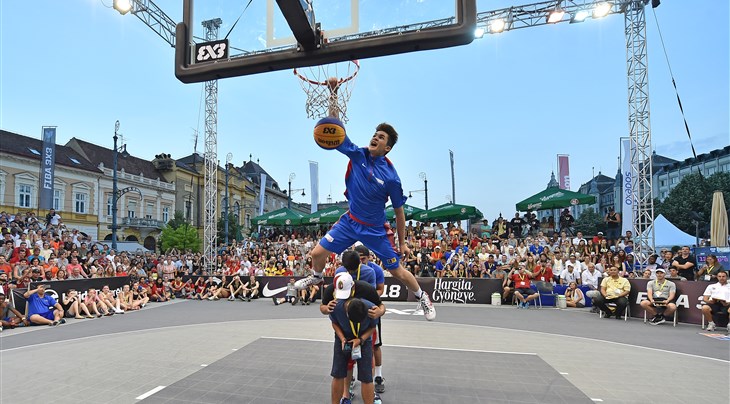 At 1, we gotta start with the number one 3x3 player in the World Dusan Bulut. He plays like McCollum and talks like McGregor. He led Serbia to 2 titles in 3 editions. Is there anyone out there who can shoot down Mr Bullutproof?

At number 2, we have a wide open race in the women’s tournament. Last year’s winners Czech Republic are back, with the reigning MVP Michaela Uhrova. But watch out because last year’s finalists Ukraine got better and so did the Netherlands. Not to mention Russia are back at the World Cup after winning silver back in 2014.

Coming up at 3, this might be the best dunk contest ever. Last year’s winner Smoove, the 4-time World Tour Dunk champ Lipek, last year’s World Tour winner Miller, not to mention Jordan Southerland and Chris Staples. These dogs may get higher than Snoop on the Eiffel Tower (we had to make a France reference).

Speaking of France, at 4, you gotta like their chances to make a splash on their homecourt. The women’s team is led by the intimidating Sandra Dijon and the Nantes native Caroline Hériaud. Their men’s team could be Serbia’s worst nightmare with 'the Undertaker' Charles Bronchard in the paint and the spectacular Angelo Tsagarakis, also known as 'The Tsar'.

Last but not least, at 5, we had to mention the team from the Philippines. Keep an eye on Filipino rising star Kobe Paras, who won the dunk contest of the U18 World Cup in 2013 and 2015 and is now fighting with the big boys. Jeron Teng can make damage and Kiefer Ravena proved last time he played 3x3 that he can both dance and make a defender dance against his will.