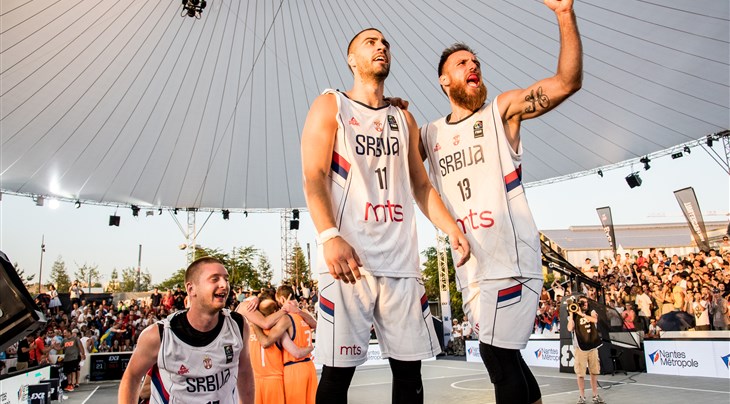 At 1, Orange is the new black. At the World Cup 2 weeks ago, the Netherlands proved that orange is the new black. 4th place with the girls, silver with the guys. And now they’re playing in front of their fans and their lovely Queen, who’s by the way a 3x3 fan too! Sky’s the limit for the Flying Dutchman and The Mountain. Same with our girl Karin Kuijt aka 2k.

At number 2, Serbia have won 19 games in a row but they lost their best defender Marko Zdero due to injury. Enough to give new hope to the other contenders France, Russia, Latvia and Slovenia.

At 3, we look at the other team that bullied the planet at the World Cup 2 weeks ago: Russia. MVP Anna Leshkovtseva is back but a new look Spanish team proved the Red Army wasn’t invincible in the Qualifiers. Hungary and Romania added new pieces too. The women’s tournament is gonna be open like a double-click.

At 4, I gotta give a shout-out to the new blood. Sara Krumpholcova from Czech Republic, 18 years old and already #1 player in the world, Tanalp Sengün 19 years old, former U18 Europe Cup MVP and now battling with the big boys. Not to mention Caroline Hairyo from France, just 20 years old. A 5 foot something that goes 0 to 100 real quick.

Last but not least, we got a little dunk contest for you. You thought Miller got more bounce than a tumble dryer in Nantes? You’re still counting the number of rotations on Lipek’s ridiculous dunk? Both of them will be in Amsterdam too for a loaded exhibition dunk contest.