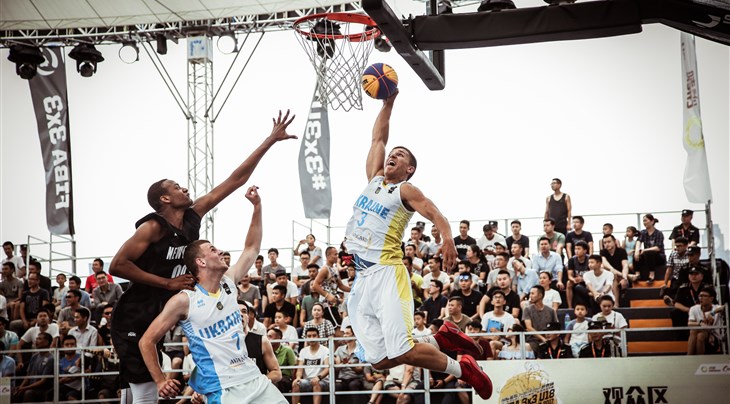 Loic Meunier (Belgium)
Meunier's name might sound familiar for 3x3 fans as he won silver last year at the FIBA 3x3 U18 Europe Cup in Debrecen. The tallest player at the Latvia Qualifier (6ft 9in, 2.08m) is now expected to lead the team, with a new-look team. We'll miss Nouri and Peeters but you gotta be excited about Meunier's comeback.

Victor Bogdan (Romania)
The pocket-sized Bogdan (5ft 10in, 1.80m) was a bright spot for a Romanian team that reached the quarter-finals at the U18 World Cup this year. The 17-year-old led the team in scoring in Chengdu and is a two-pointer waiting to happen. Just don't leave the guy open!

Jan Grsic (Slovenia)
The number one 3x3 U18 player in the World is back on duty! The 6ft (1.83m) playmaker won bronze at the U18 World Cup this year and followed in the footsteps of a great 3x3 nation. Slovenia won the U18 Europe Cup Latvia Qualifier in 2016. Can the crafty Grsic lead his team to victory in Hungary this time around?

Tamir Schiller (Israel)
Nobody could get buckets like Schiller at the FIBA 3x3 U18 World Cup earlier this season. The 6ft 1in (1.85m) sharpshooter was the event's leading scorer at the end of the pool phase. Israel did not make it to the U18 Europe Cup last year (with men) but things could look a lot different with the Tel Aviv native on the 3x3 court.