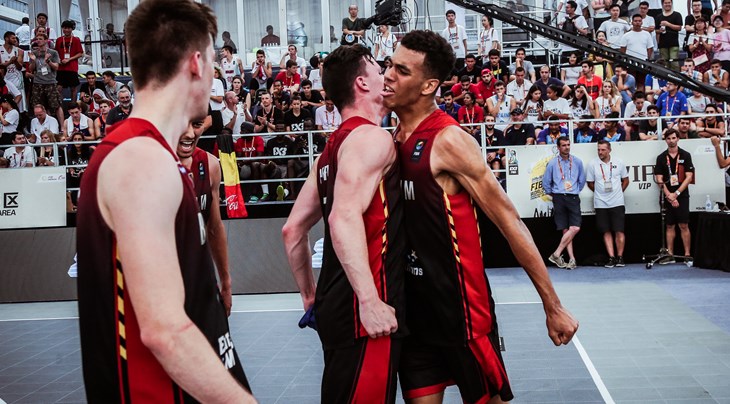 The 3x3 U18 World Cup 2017 MVP is back! Belgium want to win double gold this year so they sent another phenomenal teams. The 6.5 feet (1.96m) will bring his handles, skills and dunks to put the Hungarian crowd on their feet.

Vincent Peeters (Belgium)
The most spectacular player of the 3x3 U18 World Cup 2017 will try to help Nouhi to win their 2nd trophy. He made the Team of the Tournament at the World Cup and also won gold at the dunk contest. Will he be able to go back to back in Debrecen? We don't know, but we are sure that everybody will love his dunks.

Vinzenzo Provenzani (Italy)
He was unstoppable at the qualifiers in Riga, Latvia and led Italy to a first place finish. The tournament MVP was the main reason why Italy finished the competition undefeated. Italy's last major win was their bronze medal at the U18 World Cup 2016. Can Provenzani guide the team to the medals in Debrecen?