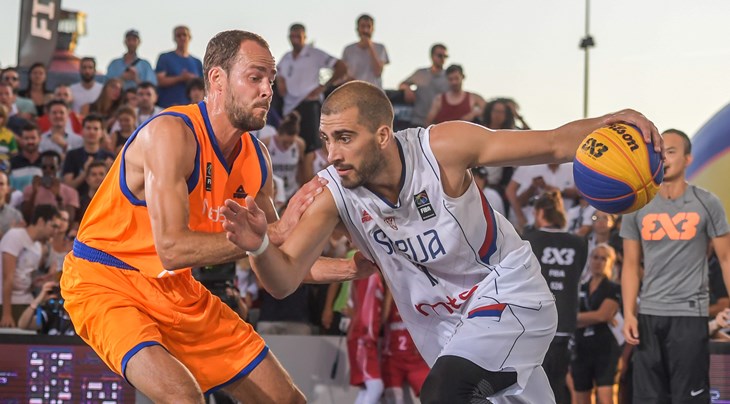 'Mr Bullutproof' has called out every player on the 3x3 scene, become the posterchild of the game and won absolutely everything. Everything except the FIBA 3x3 Europe Cup. This time, it’s personal. Silver is not an option.

The lethal lefty put some orange on the 3x3 map in the last couple of years as he led the Netherlands to silver at the last World Cup. With an entire country watching, expect the Dutch to switch to 6th gear.

His name might be Nacho but he is the one who will eat you alive. The Spanish star’s got more fire in him than all of his Khaleesi’s dragons. He’s back to bring Spain in title contention like when he won silver at the 2015 European Games. Dracarys!

Virtually unknown before the Andorra Qualifier, Miezis went 0 to 100 real quick. The speedy playmaker will shut you down in defense and score on you if you leave him open. He could be one of the revelations in Amsterdam.

The man known as 'The Tsar' lived up to the lofty nickname at the World Cup 2 weeks ago with a bronze medal in the team event and gold in the shoot-out. When The Tsar gets it going, 3x3 is not a democracy. It's his game.