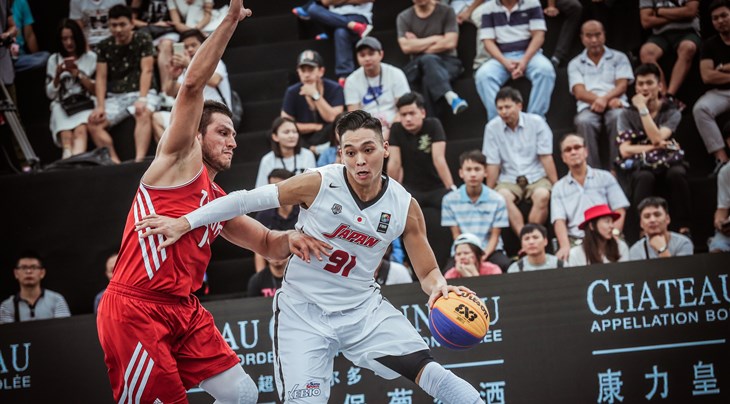 After playing the FIBA Olympic Qualifying Tournament for New Zealand last year, Barlett is making his 3x3 debut at the 3x3 Asia Cup 2017. The sharpshooter can catch fire from behind the arc and still has some dynamite in his legs when he attacks the basket. A Top 5 candidate, you read it here first.

The number one 3x3 player in Mongolia is facing a new challenge. After leading the first Mongolian team to the 3x3 World Tour, can he lead the national team to the gold medal in front of his home crowd? His quick handles and perfect hairstyle will turn more than one head during the Asia Cup.

After leading Malaysia to the bronze medal last year at the FIBA 3x3 U18 Asia Cup, the 19-year-old is coming for the big fellas. He is one of the youngest players at the tournament, but don't let his age trick you!

"The Worm" is one of the most iconic 3x3 players in Asia after playing the 3x3 World Tour for 5 years. The 30-year-old lefty can do it all: shoot, drive, pass, pose and act (he's also a model and actor). But can he lead Japan to the Asian throne?

When Qatar won the first edition of the FIBA 3x3 Asia Cup back in 2013, Saad was playing in the U18 category. The 6ft 3in (1.90m) made a name for himself on the World stage at the World Cup 2016 with his fancy dribbling and spectacular drives to the basket. He's just a solid jumpshot away from being one of the best players on the 3x3 scene.