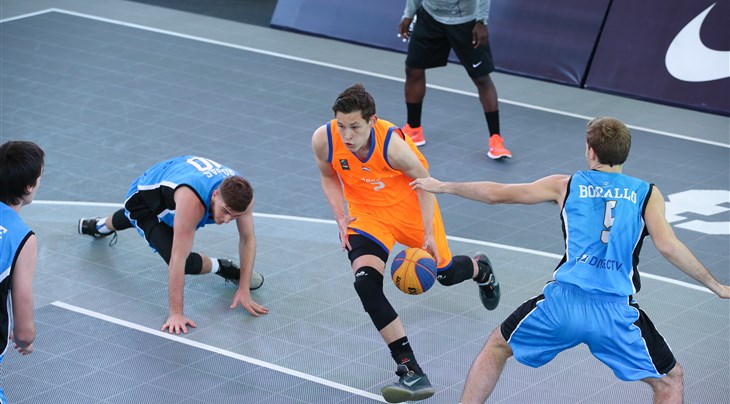 Aina Ayuso (Spain)
The Barcelona native has some serious handles and shined in youth basketball categories with team-mate Sofia Galeron. Is that the year Spain beat France like what happened in some basketball game last weekend?

Robyn and Maik Bouwer (Netherlands)
The Bouwer family is back at the FIBA 3x3 U18 World Cup after leading their teams to the Top 10 last year, beating the USA (Robyn) and providing plenty of high-flying highlights (Maik).

Lenny Coppens (Belgium)
Last year, the lefty sharpshooter was the third option of a talented Belgian team that won silver at the FIBA 3x3 U18 Europe Cup. With the top 2 options gone to the senior categories, it is time to take over for the man from Antwerp, who will celebrate his 18th birthday in the middle of the competition.

AJ Edu (Philippines)
He’s the hope of an entire nation. Don’t believe us? How about we tell you the mixtape he’s posted on his own YouTube channel has more than 100,000 views? The son of a Nigerian father and a Filipino mother is already 6 ft 10 in (2.09m) and Kobe Paras says he’s got some Kevin Durant in him. If you’re not watching, the Philippines will be.

Katerina Galickova (Czech Republic)
FIBA 3x3 World Cup 2016 MVP and U18 women’s team head coach Michaela Uhrova says she will have one of her most talented teams ever. Pretty good sign when your team has finished in the Top 10 in every single edition of the competition. At 6 ft (1.83m), Galickova has the size to make her presence known in the middle. She was one of the best players for Czech Republic in youth basketball categories.

Haonan Li (China)
The 17-year-old caught our eye at the FIBA 3x3 U18 Asia Cup, where he led China to gold and won MVP honors. He can play inside and out, defends well. This dude can do everything he’s more versatile than Donald Glover.

Destiny Littleton (USA)
The sharpshooter from California scored nearly 50 points per game in high school last year!!! Well we have bad news for you, Destiny, the games finish at 21 in 3x3.

Seydou Ndoye (Qatar)
The number two U18 3x3 player in the world is back at the U18 World Cup to defend the title he won last year in Astana, Kazakhstan. The 6ft 8in (2.03m) big man got moves near the basket and a very soft touch from outside the arc. Don’t leave the man open!

Rena Takahashi (Japan)
Though Japan did not do well at the FIBA 3x3 U18 Asia Cup, the pocket-sized (5 ft 3 in, 1.62m) Takahashi absolutely stole the show with her speedy first step and hesitation moves. She’s gonna make someone fall in Chengdu, mark our words.