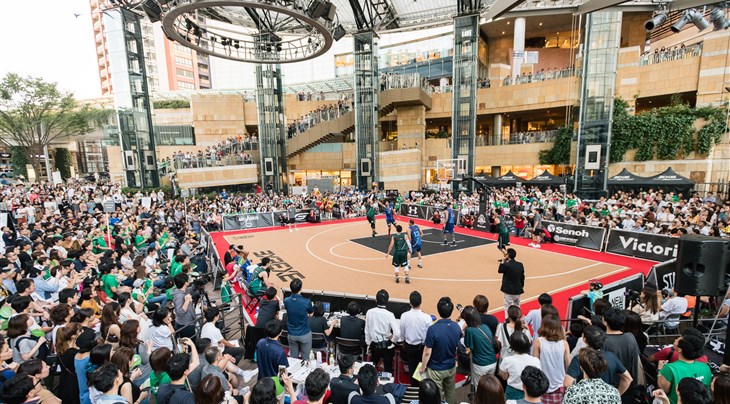 On its 4th edition, the league got even bigger with a record 18 teams - including several foreign players - divided in 3 conferences with 8 rounds and a final.

Fans were wowed by swift, powerful moves last Sunday in the heart of Tokyo at a 3x3 basketball event! #Tokyo2020 https://t.co/JDF5nyJ2T5 pic.twitter.com/GWOXrcFLib

The crafty Keita Suzuki was named MVP of the final and proved he was the best 3x3 player in Japan. He already led Tokyo to the 'chip at the JBA 3x3 Japanese Championships on March 24.

Stunningly, Tokyo were the only team in the final to feature 4 Japanese players, showing that not only Japanese fans but also Japanese players were ready for the 3x3 event at Tokyo 2020.

Since Team Tokyo had already secured a spot to the FIBA 3x3 World Tour Chengdu Masters back in March, runner-ups Hamamatsu will join them in China.

This means Hamamatsu will get 2 chances to climb up the World Tour standings (in Chengdu and Mexico City) and possibly make their return to the World Tour Final, one year after upsetting the reigning champs Novi Sad Al Wahda and finishing 2nd overall in Abu Dhabi.