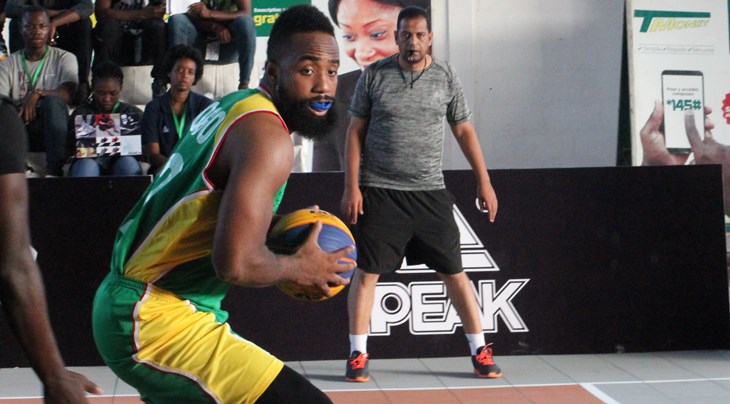 to reach the Quarter Final stage of the 2017 FIBA 3x3 Africa Cup and would face the very tactical Madagascar side for a shot in the Semi-Finals.

The Togo side had their American born star Jimmy Williams to thank for in the overtime thriller against Benin. The 31-year-hold hit the two-pointer for the win, that brought the local fans to their feet. The hosts followed up with a 20-15 win against Ghana, that secured them first place in Pool D and a meeting with Madagascar in the quarter-finals.

The other Quarter-final match-ups will see Mali battling it out against Cote d’Ivoire, Nigeria facing Benin while Egypt and Uganda test their 3x3 World Cup experience for a place in the Semi-Finals and Final.

In the Women's category, Uganda and Cote d’Ivoire joined Nigeria and Mali in the semi-finals. Nigeria led by Nkechi Akashili will face Uganda while Mali faces Cote d’ Ivoire.

Team of the Day: Togo

On a day that every Togolese looked for a good day on the basketball arena, their team understood what it meant to carry the country on their shoulders.

A very important victory was recorded against Benin that paraded experienced Romaric Qunuem as well as Romario Gonzallo but when at the end of regulation time, the game was tied at 18-18, it was Jimmy Williams that turned the tide for Togo and when they met Ghana in their second Pool D game, the hunger for victory was doubled.

Game of the Day: Togo vs Benin
This game was action all the way for players as well as for the fans. The teeming spectators were not left disappointed as the players gave them all they needed to cheer for, including a thrilling game-winner.