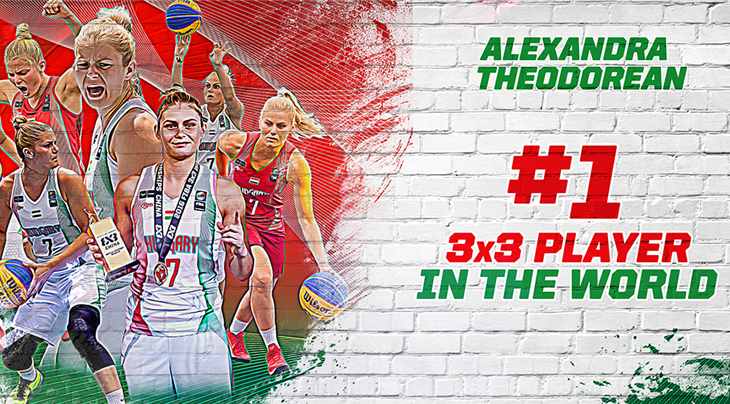 After a tremendous 2015-2016 season that saw the Szekszard native win the Europe Cup 2016 and another gold medal at the World Cup Skills contest, Theodorean continued her rise in the rankings this year.

The 5ft 9in (1.76m) hit one of the biggest shots of the year when she beat the buzzer in the semi-finals of the World Cup against Ukraine. She led Hungary to silver at the event.

With the national team, the do-it-all Theodorean also won the Europe Cup Qualifier staged in Andorra but had a bittersweet 7th-place finish at the Europe Cup in Amsterdam, Netherlands.

The FIBA 3x3 Individual World Ranking is calculated based on the 9 best results in FIBA-endorsed events played in the last 12 months. The number of points earned by a player at an event depends on the results of his team and his individual scoring performance.